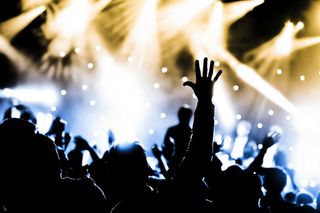 A college student who took Ecstasy was fortunate to survive a ruptured aneurysm in an artery near his spinal cord, but his case is a reminder of the dangers of using this street drug.

Florida neurologists diagnosed the young man with a posterior spinal arterial (PSA) aneurysm, which is a weakening of the blood vessel wall in a spinal cord artery. This case is the first time an aneurysm of any spinal vessel has been linked to recreational drug use, and it's only the 13th PSA aneurysm case reported in the medical literature, the doctors said.

In the case report, published today (July 3) in the Journal of NeuroInterventional Surgery, doctors describe how the student woke up one morning with severe upper back and neck pain, after going to a party the night before where he took MDMA, or Ecstasy.

"These are fairly typical symptoms when bleeding occurs in the spinal canal," said Dr. Dileep Yavagal, an interventional neurologist at Jackson Memorial Hospital in Miami, who treated the patient. [Trippy Tales: The History of 8 Hallucinogens]

But the young man, who was in his late teens, didn't tell anyone about his symptoms for several days. When his neck stiffness and a severe headache worsened and he felt nauseous, he finally told his parents, who took him to the emergency room of their local hospital.

There, he admitted to doctors his use of Ecstasy a week earlier. At first, doctors thought the teenager had cerebral vasculitis, a swelling in one of the brain's arteries.

He was transferred to Jackson Memorial Hospital, where a team of specialists did more sophisticated tests, which showed blood in his spinal fluid.

"This alerted us to the possibility that an aneurysm was bleeding," Yavagal said. Although tests did not find an aneurysm in the brain, an MRI of the neck detected a subtle abnormality, which was eventually diagnosed as an aneurysm in a posterior spinal artery.

"It would have been easy to miss because it was so small," Yavagal told LiveScience, noting that spinal arteries in this region are about a millimeter in diameter.

Because the artery was too small to repair, neurosurgeons removed the aneurysm. The young man is now healthy, and has no long-term complications from his MDMA use.

Ecstasy is a stimulant in the same family as cocaine, and it affects the brain by releasing large amounts of serotonin, a neurotransmitter that influences mood, appetite and sleep.

The drug may have played a role in the young man's diagnosis in two important ways, Yavagal said. One is that the flood of serotonin could have caused a surge in blood pressure, which affects arterial walls.

The second is inflammation. After a sharp increase in blood pressure triggered micro-injuries to blood vessel walls, this could have attracted white blood cells to the damaged vessel wall, which could then expand into an aneurysm because it is weakened, Yavagal said.

The effects of drugs like Ecstasy are pretty severe, he said. "Blood pressure can go very high, and inflammation can be very fast."

"The evidence suggests the drug may not have caused the aneurysm, but if there was a weakened area in the posterior spinal artery, it can expand and rupture," Yavagal said.

We think the teenager was predisposed to having a weaker area in the spinal artery, he said, but "taking Ecstasy took a predisposition, and turned it into a real problem."

The extent and frequency of the teen's prior drug use remains unclear as he divulged only a single-time use of Ecstasy.

The authors report that Ecstasy has been linked to other neurological complications, including stroke, internal brain bleeds, and inflammation in the arteries in the brain.

The message here is that Ecstasy and other drugs in this family can cause serious consequences, Yavagal said. "The reports of serious complications from these drugs are uncommon, but they can affect just about anyone and cause life-altering problems."