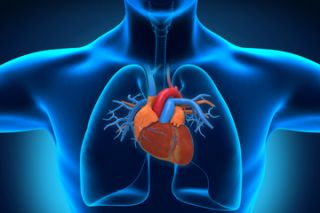 People who suffer from poor cardiovascular health are more likely to develop learning and memory problems than those who don't have serious cardiovascular challenges, according to a new study.

“Even when ideal cardiovascular health is not achieved, intermediate levels of cardiovascular health are preferable to low levels, for better cognitive function,” study author Evan L. Thacker, an assistant professor and chronic disease epidemiologist at Brigham Young University's Department of Health Science in Provo, Utah, said in a statement.

The new findings come from data on nearly 18,000 people ages 45 and older who were taking part in an ongoing study called Reasons for Geographic and Racial Differences in Stroke (REGARDS), which examines the cardiovascular health of study participants. Just over half of the people in the REGARDS study live in the so-called "stroke belt" states in the southeast United States.

The researchers observed that differences in cognitive ability among those tested were linked with cardiovascular health, regardless of race, gender, pre-existing cardiovascular conditions or where the people lived.

The underlying causes of the link between cardiovascular health and cognitive function are unclear. However, undetected, "subclinical" strokes may also play a role, Thacker said. Subclinical strokes, or silent strokes, are strokes that do not have symptoms that are typical of strokes, and therefore patients are unaware that they have had a subclinical stroke. Such strokes, however, do damage the brain.