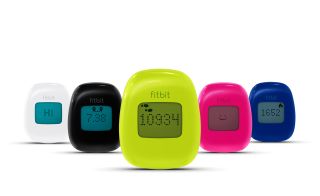 In recent years, a number of fitness trackers have hit the market, with the promise of helping people develop a healthier lifestyle by tracking how many calories they consume and burn during the day, and how much exercise they do. Now, a new study shows these monitors are fairly accurate, but some more so than others — and they still may not deliver on all expectations.

In the study, performed at Iowa State University, 30 men and 30 women wore eight different fitness trackers all at once, while performing a series of tasks designed by the researchers to take 69 minutes. Among the eight trackers, there were seven marketed to consumers, and one designed exclusively for laboratory use. The researchers also took readings with a metabolic analyzer — a laboratory device that measured the participants' actual energy expenditure based on their oxygen intake.

After the tasks were completed, the researchers compared the measurements of the eight trackers. [Best Fitness Trackers 2014]

In terms of calories burned, all of the trackers gave readings that were within 10 percent of the participants' actual energy expenditure, as recorded by the metabolic analyzer. But two devices performed better than the rest: The BodyMedia Fit was found to be the most accurate, and the Fitbit Zip was close behind, showing "promising preliminary findings," according to the study, which was funded by the university and published online in February in the journal Medicine & Science in Sports & Exercise.

"There are so many versions [of fitness trackers]," said study author Jung-Min Lee, now an assistant professor in the College of Education at the University of Nebraska at Omaha. "If [consumers] like any typical one, they can use it, because most of the consumer versions accurately measure energy expenditure."

But, Lee added, there is still some work being done on the usefulness of specific fitness trackers. The devices may be worn on the waist, which is more accurate for measuring steps, or on the wrist, which is often more comfortable for users.

A lot of the current research is focused on weight management, which is often the goal people hope to achieve with these devices. In the study, the devices that the researchers tested included BodyMedia FIT, DirectLife, Fitbit One, Fitbit Zip, Jawbone UP band, Nike+ Fuel Band and the Basis B1 Band.

Although he called the new research a good study, Ray Browning, director of the Physical Activity Energetics/Mechanics Lab at Colorado State University, was a bit more skeptical about the ability of today's fitness trackers to help people with weight management.

Browning said he believes fitness trackers remain inadequate for measuring calories burned in a way that would let people use their readings to build a diet and estimate their calorie intake. But at the same time, he said, using the devices is an excellent way to compare day-to-day activity and maintain an active lifestyle.

"I wouldn't use it to plan my meals," because that requires a more accurate measure of energy expenditure, Browning said. "It's a tall order for these devices to deliver accuracy on that."

Nonetheless, the devices remain useful for people who want to make sure they are moving around enough and burning calories during the day. "From one day to the next, they should be able to basically tell you the same thing," Browning told Live Science.

And, he added, the data in the new study indicates that newer models, such as the newer Fitbit devices, appear to be more accurate than the ones he and his colleagues tested a few years ago.

But the study still represents a best-case scenario in terms of the trackers' accuracy, because the tests were done in a lab with designed activities, rather than being based on the way people might perform these activities in the real world, Browning said. But for many people who want to use a fitness tracker, that may be enough.

"It's important to focus on [the fact] that these devices are worn, in large part, by people trying to change their behavior," Browning said. "We shouldn't throw them out because of limits on accuracy."