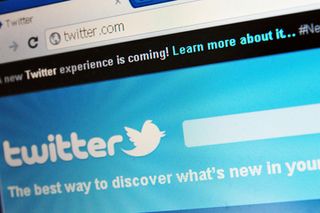 "Mental health issues, I believe, are the problems of our time right now … Yet, we're still almost prehistoric in our attitudes toward these conditions. It's up to media to step up and destigmatize and raise the conversation. For me, the number one issue is accuracy and being real."

Entertainment and news media have the power to influence attitudes and behaviors through their honest portrayals of real-life health and social issues.

The Entertainment Industries Council (EIC) is harnessing the power of social media to that end. The idea came from a certain star-studded selfie at the Oscars that went on to become the most retweeted post ever. The thought was, "What if that tweet was associated with a cause or call for change?" That cause, for the team at EIC, was the 18th Annual PRISM Awards.

Every year since 1996, The Entertainment Industries Council (EIC) has produced the PRISM Awards to honor accurate depictions of drug, alcohol, tobacco use and mental health in movies, television, DVDs, music, comic book and multimedia entertainment. The goal is to reduce the stigma and discrimination about mental illness and substance use and recovery by celebrating what we call "the art of making a difference." For the past 14 years, the PRISM Awards has aired nationally as the only television special in the history of television that addresses these issues. FX Networks is the flagship airing partner, joined each year by a range of national cable outlets ranging from MTVu to Retirement Living, online outlets and local broadcast stations.

While the awards have been granted since 1996, since 1983 EIC has worked with the entertainment industry and news media on health and social issues. Focused on education, resource and recognition, EIC provides training and briefing for journalists, writers, producers, directors, actors, and others creating content about mental health and substance use recovery.

Among the programs EIC has created, TEAM Up and First Draft Technical Assistance provide expertise to encourage a greater knowledge and more accurate depictions of health and social issues in the media. Our research estimates that annual 5,882,000 total households were reached through newspaper circulation, radio and TV stations that received TEAM Up briefings and resources. Total viewers for TV shows that received EIC's First Draft Technical Assistance for mental health average 28,000,000 per year.

With this established network and history, EIC wanted to conduct a social media experiment.

According to Twitter's IPO filing in 2013, there are an estimated 500+ million tweets sent every day. The 18th Annual PRISM Awards will attempt to harness the power of the "social sphere" and influence of the industry to raise awareness, reduce stigma and end discrimination about mental illness and substance use recovery. The PRISM Awards will use the hashtag #PRISMAwards to track reach and impressions. In 2012, there were an estimated 2,570,000 impressions for #PRISMAwards social-media conversations on mental health and substance use recovery. The goal for 2014 is to exceed and continue to build those impressions. [Hollywood Makes Mental Health an A-List Cause (Op-Ed )]

For this approach, EIC has decided to use the social posting tool, Thunderclap. On April 29th at 1:00 pm ET, Thunderclap will blast out a timed Twitter, Facebook, or Tumblr post from supporters, all at the same time. A supporter only has to click one button, and the message will be posted to all of their social pages at the same time. [Author's note: If you want to support the cause, simply follow the Thunderclap link and select the social platform on which you want to share the message (Twitter, Facebook, and Tumblr). On April 29th, a post will be sent out from your account at the same time as hundreds of others.]

Together, we can bring the power of social media to change the conversation around mental illness and substance use recovery to reduce the stigma and discrimination and encourage people who need help, to seek it.

The author's most recent Op-Ed was "Science Guy Bill Nye Explores Life's Meaning in 5 Minutes (VIDEO)" Follow all of the Expert Voices issues and debates — and become part of the discussion — on Facebook, Twitter and Google +. The views expressed are those of the author and do not necessarily reflect the views of the publisher. This version of the article was originally published on Live Science.