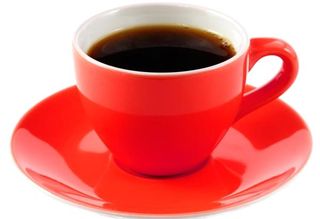 SAN DIEGO — Drinking just one to two cups of coffee a day may reduce the risk of colon cancer, a new study suggests.

Researchers examined coffee consumption among nearly 8,500 people in Israel, including about 5,000 who had colorectal cancer and 3,500 who did not have cancer. On average, the people in the study drank just less than two cups of coffee per day.

Overall, the odds of having colorectal cancer were about 30 percent lower for coffee drinkers than for those who did not drink coffee, the study found. [9 Snack Foods: Healthy or Not?]

And the more coffee people drank, the lower their likelihood was of developing the disease, the researchers said.

While it's still too soon to recommend drinking coffee as a way to lower colorectal-cancer risk, "I think, certainly, the level of evidence is building towards that," said study researcher Stephanie Stenzel, a postdoctoral fellow at the University of Southern California's Norris Comprehensive Cancer Center. Stenzel presented the findings here at the meeting of the American Association for Cancer Research.

The findings held even after the researchers took into account factors that might affect the risk of colorectal cancer, such as age, gender, the amount of vegetables people consumed and whether they took a daily aspirin. (Some studies have suggested that taking aspirin may lower people's risk of colon cancer.)

Some previous studies had found that coffee consumption reduces the risk of colorectal cancer, but other studies have found no such link. The new study is one of the largest in terms of the number of people with colorectal cancer included, the researchers said.

It's been hypothesized that drinking coffee may lower colorectal-cancer risk by speeding up the passage of substances through the colon, meaning the tissue has less time to be exposed to potential cancer-causing agents. It's also possible that drinking coffee affects the composition of microbes in the gut, or that compounds in coffee have cancer-preventing properties.

Future studies are needed to examine the effect of coffee consumption on colorectal-cancer risk in other populations, and to see whether the link is affected by genetics, Stenzel said.

In the new study, the researchers asked the participants about the number of "servings" they drank, which is somewhat open to interpretation, so it's still not clear exactly how much coffee is linked with a lower risk of colorectal cancer, Stenzel noted.