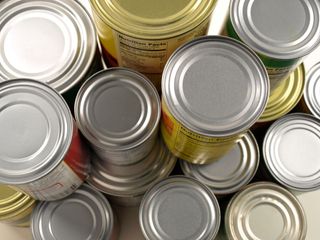 Women whose male partners have high levels of hormone-mimicking chemicals known as phthalates take longer to become pregnant, according to new research.

Phthalates are used in food packaging, plastics and personal products such as fragrances and shampoos. Similar to bisphenol A (BPA), phthalates are thought to interfere with hormone systems, but whether current levels of people's exposure to these chemicals are dangerous to their health is debated.

In a new study, the researchers measured urine concentrations of BPA and 14 different phthalates in about 500 couples who were trying to get pregnant. The couples also kept journals about the timing of their intercourse, menstrual cycles and pregnancy tests.

Neither the men's nor the women's levels of BPA seemed to affect how long it took to get pregnant. However, it took couples 20 percent longer to get pregnant if the man had high levels of three common phthalates, according to the study. [12 Hormone-Disrupting Chemicals & Their Health Effects]

The findings suggest that "exposure to certain phthalates can reduce the chance of conception for otherwise healthy couples," said study researcher Germaine Buck Louis, director of population health research at the National Institutes of Health (NIH).

"The delays in pregnancy we saw were comparable to those seen for cigarette smoking, or with obesity," Buck Louis said in a statement.

Previous studies have linked exposure to BPA and phthalates with pregnancy problems in women, and findings from animal studies suggest these chemicals can hinder the maturation of egg cells, disrupt hormones and alter the development of reproductive organs, the researchers said.

Studies have also suggested a link between men's hormone levels and exposure to BPA, and some have found high concentrations of BPA and phthalates among couples seeking treatment for infertility, the researchers said.

The new findings show that it's important to study both partners when assessing the effects of chemicals on pregnancy outcomes, Buck Louis said. "Clearly, in studies of this kind, males matter."

The study was published online Feb. 18 in the journal Fertility and Sterility.