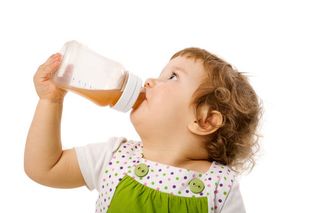 BOSTON — The chemical bisphenol A, or BPA, has raised concern in recent years over it's potential to cause adverse health effects, but some researchers say levels of the chemical lurking in peoples' bodies are too low to have a biological impact.

BPA is found in some plastics, canned food containers and other food packaging, and most people have detectable levels of the chemical in their urine, suggesting the chemical leaches out of the packaging, into foods or drinks, and finally into the body. Because the chemical is similar to the hormone estrogen, there is reason to think it could bind to estrogen receptors on cells in the body and disrupt hormone signaling. (Receptors are proteins on the surfaces of cells that are specially designed to bind with specific other chemicals; when the two hook up, it leads to changes inside the cell, and ultimately physiological effects.)

Previous studies have linked BPA to a number health effects, including childhood obesity and fertility problems.

However, these studies only show an association, and cannot prove BPA was the cause of the problems.

While scientists can measure BPA that's broken down and discarded by the body in urine, just how much finds its way into the blood and other tissues — where it could interact with hormone receptors — is less clear.

In a new study, scientists tried to answer this question by analyzing information from more than 30,000 people in 19 countries, and estimating blood BPA concentrations from levels found in the urine.

The researches found BPA levels were far too low to sufficiently bind to estrogen receptors and trigger biological effects, said study researcher Justin Teeguarden, of the Department of Energy's Pacific Northwest National Laboratory, Richland, Wash. Only a very small portion of BPA in the body is considered "bioactive," or in a form that can bind to receptors, Teeguarden said.

Teeguarden's results have led him to wonder whether previous studies that reported finding very high levels of BPA in the blood were a result of laboratory contamination.

Either way, others say further studies are needed to fully understand BPA and it's potential effects on the body. Joseph Braun, an assistant professor of epidemiology at Brown University, pointed out that other environmental hazards, such as lead and air pollution, were previously thought to be harmless at low levels until researchers proved otherwise.

Researchers should conduct rigorous studies to get a better idea of how much BPA people are exposed to. Such research might include studies that collect urine samples several times a day, or look for other measures of BPA exposure, such as the amount of the chemical in hair, Braun said. Exposure to BPA in the womb is also a concern, and researchers may be able to get an idea of infant exposure by testing stool samples immediately after the baby is born, Braun said.

In addition, while scientists assume that BPA can't affect the body unless it's in the so-called bioactive form, this may not necessarily be the case, said Heather Patisaul, an association professor at North Carolina State University's Department of Biology.

"It is clear that BPA is rapidly metabolized by the human body and excreted, but it is not yet clear that the metabolites from this process are not biologically active. Although we generally assume they are not, that has yet to be comprehensively tested," Patisaul said.

The study by Teeguarden and colleagues was disused today (Feb. 15) at the annual meeting for the annual meeting of the American Association for the Advancement of Science. It was funded by the U.S. Environmental Protection Agency.

Pass it on: Some argue levels of BPA in the human body are too low to have biological effects, but others say more researcher is needed.