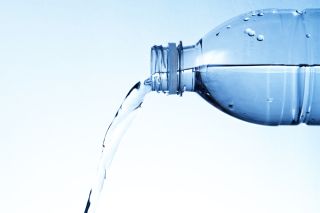 Children and teens exposed to higher levels of the chemical bisphenol A (BPA), which is found in many plastic products and food containers, are more likely to be obese than those exposed to lower levels, according to a new study.

Children in the study with the highest levels of BPA in their urine were 2.6 times more likely to be obese than children with the lowest levels.

"To our knowledge, this is the first report of an association of an environmental chemical exposure with childhood obesity in a nationally representative sample," the researchers wrote in their study, which is published in tomorrow's (Sept. 19) issue of the Journal of the American Medical Association.

However, they noted, the study does not prove that BPA is a cause of obesity, and further studies that follow people over time are needed.

Most people in the United States have been exposed to BPA, the researchers said, pointing to CDC data showing that 92.6 percent of people age 6 and older had detectable BPA levels in their urine.

Experiments have found that the chemical, a synthetic estrogen, disrupts metabolic processes in the body, which suggests that it could have an effect on body mass, the researchers said. The chemical has been linked to a number of human ailments.

In the new study, researchers led by Dr. Leonardo Trasande, of the NYU School of Medicine in New York City, looked at data gathered on 2,800 children ages 6 to 19 during the 2003-2008 National Health and Nutrition Examination Surveys (NHANES). The surveys were conducted by the Centers for Disease Control and Prevention, and included a physical exam during which participants submitted urine samples and had their height and weight measured. The researchers divided the children into four groups based on their BPA levels.

Overall, 17.8 percent of children in the study were obese.

A previous study of adults, also based on NHANES data, found a similar link between obesity and BPA levels.

The researches also looked for links between obesity and other chemicals, such as those found in sunscreens and soaps, but the data showed no connection.

Still, the study does not prove that BPA is a cause of obesity, the researchers said, saying their work "is at best, hypothesis generating."

The researchers noted that the children's BPA levels were measured only once. Some evidence suggests that BPA is rapidly excreted from the body, and if this is the case, "then a single measurement of urinary BPA concentration would be a poor proxy for long-term exposure," they wrote in their study.

Additionally, the study showed that children with high BPA levels were no more likely to be overweight (but not obese) than children with lower levels.

"Advocates and policy makers have long been concerned about BPA exposure," the researches said, noting that the Food and Drug Administration recently banned the chemical from baby bottles and sippy cups.

"Carefully conducted longitudinal studies that assess the associations identified here will yield evidence many years in the future," they wrote.

Pass it on: A chemical in plastics known as BPA may contribute to obesity in children.