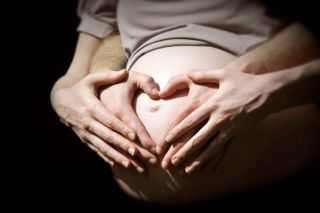 Baby girls who are exposed while in the womb to a chemical found commonly in plastics may develop behavior problems as children, a new study suggests.

Bisphenol A (BPA) is a component of some plastics and can be found in everything from the liners of food cans to store receipts and dental sealants.

Researchers from the Harvard School of Public Health and the Centers for Disease Control and Prevention measured BPA levels in the urine of 244 mothers at various times during pregnancy, and in their children at various times after birth. When the children reached age 3, their mothers completed two surveys designed to detect behavior and emotional problems such as attention deficit hyperactivity disorder and depression.

Mothers with higher BPA levels in their urine during pregnancy tended to have 3-year-old girls with more anxious and depressed behavior, and poorer emotional control and inhibition, researchers found.

A similar effect was not seen in boys whose mothers showed high levels of BPA. And BPA exposure after a child was born had no affect on behavioral and emotional control, according to the study.

Researchers detected BPA in more than 95 percent of pregnant women who participated in the study, and each tenfold increase in BPA was associated with more behavioral and emotional problems in girls, according to the study.

The reason girls showed problems and boys didn't could have to do with the way hormones guide brain development in the womb, Braun said.

"We certainly can't determine what it is doing in this study, but we have a couple of guesses," he said. "Sex [hormones] are important in brain development. BPA is an endocrine-disrupting compound. It may act like an estrogen, or an anti-estrogen."

Indeed, animal studies show that BPA exposure during pregnancy affects sexual behavior in female rats. "In rats, we know that we can make their girls more masculine," Braun said. "Boys are already masculinized by their testosterone levels."

There is evidence that BPA could interfere with dopamine, a neurotransmitter associated with regulation of behavior. BPA exposure "may be a risk factor for ADHD," Braun said.

The study supports "a growing body of evidence" that BPA can affect brain development in the womb, said Shanna Swan, a professor at Mount Sinai School of Medicine. "This study finds associations between neurodevelopmental endpoints and gestational BPA, but none with exposure to BPA in childhood, confirming the sensitivity of the prenatal period to this exposure," she said.

Whether pregnant women should attempt to avoid BPA is a personal choice, Swan said. "But avoiding obvious sources, like canned foods, is not difficult and alternatives are easily available," she said. "That is a relatively easy change to make that should reduce exposure and, thus, may reduce risk."

Julie Herbstman, an associate professor at the Columbia Mailman School of Public Health, also said avoiding BPA could be a good idea. "I agree with the authors' conclusions to advise concerned parents to be precautious, and to try to reduce BPA exposure during pregnancy," she said.

The study could have benefitted from a larger sample size to better show the differences between girls and boys, but overall was "careful and well-conducted," Swan said.

The study also doesn't fully take into account the mothers' diets, Braun said. "It's possible that women who consume more canned foods are consuming less nutrients important for fetal brain development," he said. "In this country, people who eat more canned or packaged foods tend to be poorer."

Regardless, more research is needed, Braun said. "We certainly need to confirm … the impact of mothers' exposure and children's exposure to see if these results hold," he said.

Research could also attempt to determine when during pregnancy babies' brains are most sensitive to BPA exposure, Swan said.

Pass it on: Exposure to BPA during pregnancy could lead to behavior problems in girls, but more research is needed. Pregnant women may avoid sources of BPA by making relatively easy choices, such as not eating packaged or canned foods.