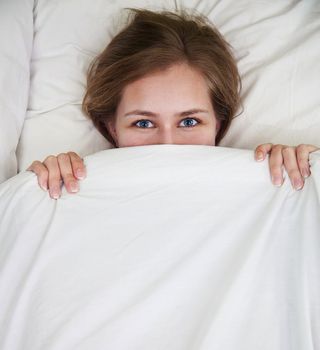 Orgasm problems are common among women. A new study suggests the size of the clitoris may be the culprit.
(Image: © Woman photo via Shutterstock)

The clitoris is a woman's most sensitive body zone. And as it turns out, its size matters — a new study has found that in women who have orgasm problems, the clitoris is smaller, and located farther from the vagina.

Researchers used magnetic resonance imaging (MRI) to scan the pelvic area of 30 women who were on average 32 years old. Ten of these women had reported rarely or never achieving orgasms despite trying. The rest of the participants reported normal orgasmic experience during sex.

Comparing the two groups of women, the researchers found that the direct distance between the clitoris and the vagina (as measured by a line running straight through the body) was 5 to 6 millimeters longer on average in the group of women with orgasm problems. These women also had a smaller clitoris on average. [Awkward Anatomy: 10 Odd Facts About the Female Body]

The findings suggest that the size and location of the clitoris may be important in women's sexual function, said the researchers who detailed their study Thursday (Feb. 13) in the Journal of Sexual Medicine.

"There's no G spot. There's a C spot — the clitoris," said study researcher Dr. Susan Oakley, an OBGYN at Good Samaritan Hospital in Cincinnati, Ohio. "It is the source of a lot of sexual pleasure for the female."

Born with a better anatomy?

It is difficult to know whether it is the anatomy of the clitoris that influences orgasm, or having more orgasms changes the anatomy, Oakley said.

"We still can't tell whether this is the chicken or the egg," Oakley said. "Do these women have a bigger clitoris because they have more orgasms? Or are they born with a bigger clitoris that allows them to have better function?"

The clitoris, in fact, is more than just the buttonlike structure visible on the body's surface. The clitoral complex, which has a shape of a boomerang, extends under the skin and includes parts that are known as the body, crura, bulb and root.

It is possible that a smaller distance between these structures and the vagina makes it easier for the clitoris to be stimulated during intercourse, Oakley said.

The visible, external part of the clitoris, which is called the glans, contains thousands of nerves packed densely together in a small area, and appears to be the center of sexual sensation.

"Perhaps a larger clitoris has more nerve endings, and perhaps with direct contact and stimulation the clitoris can have more sensation, resulting in orgasms," Oakley said.

A problem of the body…and sometimes the mind

Orgasm problems are common among women. Studies suggest between 18 and 34 percent of women have difficulty achieving orgasm. Less than half of married women experience orgasm in every sexual encounter, and only about 15 percent experience multiple orgasms.

However, factors other than the anatomy of sex organs generally also contribute to sexual dysfunction.

"There's a lot of subjectivity involving female sexual pleasure. Some of it is psychosocial, some of it is anatomy and function," Oakley said. "We were trying to focus on anatomy."

To control for differences in other aspects of sexual functions, the study participants filled out several questionnaires, reporting on aspects of their sex life, including levels of their desire and arousal. They also completed a questionnaire about their body image.

"You may think maybe [women with orgasm problems] are self-conscious during sex, maybe they're anxious, or uncomfortable with their body," Oakley said. "But there was no difference between the two groups."

The two groups, however, did differ in what sex positions they preferred. Women with orgasm problems tended to prefer the missionary position, whereas women with normal orgasm patterns favored being on top of their partner, in a position that provides more contact with the clitoris during the intercourse.

"These women, not only they have that closer distance between the clitoris and the vagina, but [also] they are using it to their advantage by taking the female dominant position," Oakley said.

"Maybe women without orgasms have a small clitoris, but if they were to try female dominant position maybe they could get closer stimulation to the clitoris and overcome the fact that it is small," she said.