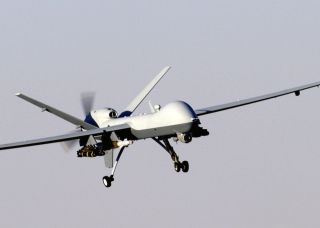 Drone policy in the United States is heating up. Washington state passed a law this week to limit the government's use of drones, becoming the 10th state to enact anti-drone legislation. The law specifies that the government's use of drones should be restricted to military training, limited emergency situations in the face of immediate danger or death, to monitor wildlife and the environment, and situations where a warrant is granted, reported Truth Revolt.

The state House also passed legislation limiting the ability to spy on private citizens, stating, "[…] drones, including those capable of gathering personal information such as photos, could be used on private property if landowners or tenants give permission and if the drones are labeled with the owner's contact information."

Neither of the newly passed laws address commercial drones that have been purchased for private use, according to Truth Revolt. The bills will now be voted on in the state Senate. The Wisconsin state Senate also voted this week on a series of anti-drone laws, making it a crime to obtain or own a "weaponized" drone, and to fly drones equipped with audio and video equipment, reported Truth Revolt.