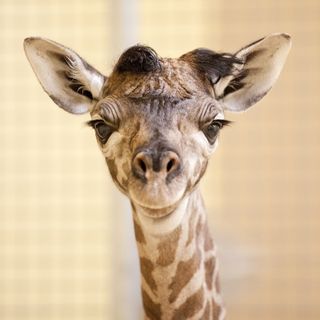 Marc Bekoff, emeritus professor at the University of Colorado, Boulder, is one of the world's pioneering cognitive ethologists, a Guggenheim Fellow, and co-founder with Jane Goodall of Ethologists for the Ethical Treatment of Animals. Bekoff's latest book is Why Dogs Hump and Bees Get Depressed (New World Library, 2013). This Op-Ed is adapted from two that appeared in Bekoff's column Animal Emotions in Psychology Today. He contributed this article to Live Science's Expert Voices: Op-Ed & Insights.

Last year I published an essay called "'Zoothanasia' Is Not Euthanasia: Words Matter" where I highlighted that many zoos kill animals who "don't figure into breeding plans." For some people, when the zoos use the word "euthanasia," the practice becomes sanitized and acceptable.

But it isn't — it's disturbing and inhumane. While one might argue that many, if not all, animals in zoos suffer, killing animals who aren't "needed" isn't mercy killing, it's really a form of premeditated killing. And, a few days ago, a real life scenario emerged in which a young healthy male giraffe named Marius who has been living in a Danish Zoo was killed — zoothanzied — and it's just been announced that a second giraffe, also named Marius, may be killed at another Danish zoo.

On publishing my original zoothanasia essay, I received a number of supportive comments and also some that said I was exaggerating the situation, that zoothanasia rarely, if ever, happens. While I and others would like to believe that, it isn't so.

Illustrating that point, it was last Saturday when the news emerged of a young, male giraffe, Marius, who was to be killed at the Copenhagen Zoo because, according to a BBC article, "The zoo says it cannot keep the animal ... because of European rules to avoid inbreeding, and that attempts to find it a new home have failed." And this is not the first case of killing healthy animals who didn't fit into the breeding program at this zoo.

This really is murder

Marius was killed using a bolt gun, because a lethal injection would contaminate his meat, and he was served up to tigers and other carnivores after he was dissected. So, one might argue that Marius did not go to waste, but this is a lame excuse for thoroughly unjustified and unnecessary murder. I realize that the "M" word, "murder," is reserved for human beings, but perhaps it's time to use it for such heinous acts as killing healthy nonhuman animals in zoos (and in other venues). [Photos: Zoo Animals Face Old Age and Illness]

First do no harm

Thoroughly disregarding Marius's status of being alive and well, Bengt Holst, scientific director at the zoo, said, "Marius's genes were already well represented among giraffes at the zoo," as if this justified killing him. Would you kill your companion dog or another dog (for example) if their genes were already represented in other dogs (which of course they are)? Marius and other caged animals are not objects to be killed when they are no longer needed. They are sentient beings who deserve to live out their lives free of harm, in peace and safety and with dignity. Shame on the Copenhagen Zoo. [After 2,500 Studies, It's Time to Declare Animal Sentience Proven (Op-Ed )]

I also imagine what sorts of answers a parent might give to a child when they're asked something like, "Where's that cute baby giraffe who used to be here?" The Copenhagen zoo is popular with youngsters and schools. An adult might just say Marius went "bye-bye," or try to sanitize Marius being killed because he was useless. The honest answer, "Oh, he was killed because the zoo didn't have any use for him because he couldn't breed" might not sit very well with a youngster. And, I wonder what the zoo will do with the income that Marius generated from visitors coming to see him.

Marius is not alone in facing this sort of undignified end in a zoo, and I hope people will openly protest this unnecessary and heartless slaughter and that of other beings who find themselves in the same situation.

Marius's situation is even more difficult to understand when considering the fact that a wildlife sanctuary offered him refuge, as I shared in a recent essay. Robert Krijuff, is director of a wildlife park in the Netherlands and he had offered sanctuary to Marius. "I can't believe it," he said in the press. "We offered to save his life. Zoos need to change the way they do business." Conversely, Lesley Dickiethe executive director of the European Association of Zoos and Aquaria (EAZA), said it was humane and there was no problem with killing Marius.

And it's happening again

Now, the Jyllands Park Zoo in western Denmark announced it is thinking about killing another giraffe, also named Marius. The zoo is saying that Marius is also useless, and that it would be difficult to find him a new home.

But, of course, they must try, and shouldn't say no home is available as did the staff at the Copenhagen Zoo — despite the fact that Krijuff offered a new home.

Murdering "surplus" animals is unacceptable and it is heartening that people around the world are protesting this. It's an uphill battle that is going to take a lot of hard and unrelenting work because of the cavalier attitude among some zoo administrators and breeding-program coordinators that it's just fine to slaughter these "useless" animals as if they're unfeeling objects with no value of their own. Cruelty can't stand the spotlight , and let's hope that Marius's murder will lead to a paradigm shift in getting people to express their outrage over how zoos do business. At a talk I gave in Denver, Colo., the day after Marius was killed, a woman told me she had called the Copenhagen Zoo when she learned about Marius and it was the first time she'd ever gotten involved in "animal activism."

The late giraffe Marius, and his namesake who might follow his path to death, are not the only animals who have been killed "in the name of breeding."

It's fair to ask: When are the lies and unnecessary, self-serving killings going to stop? None too soon I'm afraid. But there is hope for change if Marius's death catalyzes people to speak out about such injustices. "Slacktivism" — talking about doing something but not doing anything — will get us nowhere.

Bekoff's most recent Op-Ed was "Dogs in Sochi, Swans in New York: Culling Must End" This article was primarily adapted from "Healthy Young Zoo Giraffe to be Killed: "Zoothanasia" Redux" in Psychology Today. The views expressed are those of the author and do not necessarily reflect the views of the publisher. This version of the article was originally published on Live Science.