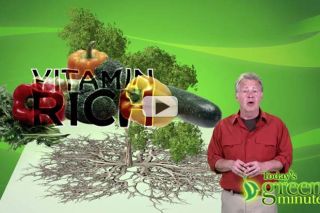 With average summer precipitation of about 1 inch (2.5 centimeters), temperatures higher than 100 degrees Fahrenheit (38 degrees Celsius) and nutrient-poor sandy soil, it's easy to see why agriculture hasn't taken off for the nations of the Persian Gulf. But an innovative technology used to grow plants on specialized "films" could bring farms to the desert — no soil required.

The technology is based on hydrogel film, a superabsorbent polymer that can hold 1,000 times its weight in water. Professor Yuichi Mori of Waseda University in Japan, where researchers are already experimenting with approximately 180 film farms, invented the technology. He is also the chairman of the advisory board of Agricel, a Dubai-based venture that hopes to expand this technology across the United Arab Emirates.

Water scarcity, one of the main obstacles Dubai faces, was one of the main reasons for launching Agricel in that region. Hydrogel film reduces the water required for farming by 90 percent, and the fertilizer needed by 80 percent, while increasing farm productivity by 50 percent overall, according to Professor Mori.

The film can be placed on nearly any surface — concrete, bricks or even sand — and works in greenhouse facilities, so it can be used in nearly any climate. Hydrogel can be mixed into the local sandy soil, boosting water retention and nutrient distribution.

This method produces healthy and highly nutritious vegetables because the membrane keeps the plants separated from any pathogens in the culture medium, allowing only the water and nutrients to pass through. And because there's no soil, there's a lot less need to spray for pests. Fruits and vegetables — including cherry tomatoes, lettuce, cucumbers and melons — have been proven to grow well on the film.

For countries like the UAE, which imports 90 percent of its food, this technology could be crucial for fighting food scarcity and conserving water. It could also reduce reliance on oil exportation as the primary economic industry of several nations in the region.