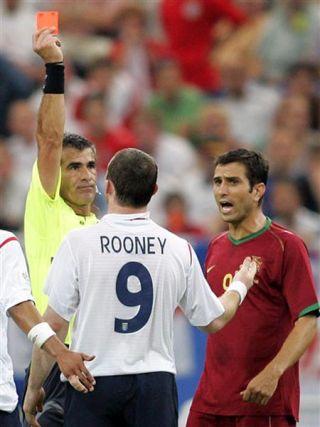 Disgruntled soccer fans who berate referees for giving their favorite team a “bad call” could be onto something. Turns out, referees aren’t always fair and tend to favor home teams, a new study suggests.

Researchers analyzed more than 2,600 top English soccer matches from 1996 to 2003 and found that referees gave more penalties in the form of yellow and red cards to players of the away team. Yellow cards are used to caution players of misconduct, while red cards send them off the field.

“Managers have been right to highlight inconsistencies and controversial decisions in games, but without a proper analysis of refereeing decisions over a period of time, their comments look like the usual post-match gripe, especially if they are on the losing side,” said lead study author Peter Dawson from the University of Bath, New Zealand.

“The evidence we have collected and analyzed provides a firm factual foundation that will help football’s authorities debate what positive action they might take to ensure fair and equitable refereeing of matches in the future,” Dawson said.

Researchers note that increased monitoring of the games, such as video replays and more referees per game, could add consistency to referee decisions.

The study will be detailed in an upcoming issue of the Journal of the Royal Statistical Society Series A.