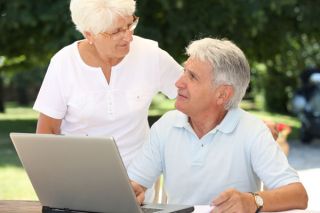 Results of a pen-and-paper test can alert older adults to a need to be evaluated for dementia, according to a new study.

The self-administered test, which requires about 10 to 15 minutes to complete, is designed to be a quick screening tool for dementia that can be taken in virtually any setting, including at home or at community events.

People who miss six or more points on the 22-point test — which evaluates language skills, memory and problem solving abilities, among other cognitive functions — may have cognitive problems, the researchers said. A person's test result could prompt their doctor to conduct further tests to understand what is behind these problems, they said. [10 Ways to Keep Your Mind Sharp]

In the new study, about 1,000 people ages 50 and older took the test at community events such as health fairs, and 28 percent were identified as having cognitive problems. All participants were encouraged to share the results with their physician for interpretation.

The researchers stressed that the test cannot diagnose dementia or Alzheimer's disease, but rather is intended to start a conversation between patients and their doctors. Potentially, such a discussion and subsequent evaluation could catch dementia in its early stages, leading to better management and treatment of the condition, said study researcher Dr. Douglas Scharre, a neurologist at The Ohio State University Wexner Medical Center.

Scharre noted that many people with dementia are not diagnosed until three or four years after their symptoms start. "The big problem in dementia and Alzheimer's care is that individuals are just identified too late," he said.

While there is no cure for Alzheimer's disease, some treatments do exist, and studies show patients who start treatment earlier progress more slowly in their disease, Scharre said. In addition, it is important to identify dementia because people with the condition may need to be supervised to prevent dangerous situations, such as when they forget to take their medication, he said.

While other tests exist to screen for dementia, many require a doctor to administer them. Because of the time it takes to administer such tests, it is often not feasible for doctors to screen all of their older patients for dementia, and they may not notice subtle cognitive changes in their older patients during office visits, the researchers said.

This problem prompted Scharre and colleagues to develop the Self-Administered Gerocognitive Examination (SAGE), as the new test is called. An earlier study found the test detected 80 percent of people with mild thinking and memory issues, while 95 percent of those with normal thinking abilities had normal scores.

Providing the SAGE test at health fairs or other community events could perhaps get people to visit the doctor who otherwise would not have, Scharre said. People could also take the test over several years, and a change in their score may indicate a change in cognitive abilities.

However, there is no proof that the SAGE test actually does identify patients in the early stages of dementia, a question the researchers hope to tackle with future studies. In the current study, participants who took the test at community events were not followed to see if they spoke with their doctor about the results, Scharre said.

Other experts were supportive of the idea behind the test. "I think that any test that improves detection of dementia is useful, because dementia is so under-recognized," said Dr. Gayatri Devi, an attending neurologist at Lenox Hill Hospital in New York. About 50 percent of patients with moderate dementia and 90 percent with mild dementia are not recognized by their general practitioner, Devi said.

But SAGE and other similar tests take time to be validated by researchers. "This kind of test needs more time before we can really be sure that it's a good, valid test," Devi said.

The study is published in the January issue of The Journal of Neuropsychiatry and Clinical Neurosciences.