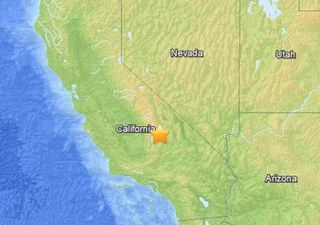 An earthquake of preliminary magnitude 4.7 struck eastern-central California today, according to the U.S. Geological Survey (USGS).

Residents reported some light shaking in the area, according to the USGS, but there were no immediate reports of damage.

Earthquakes of this size tend to be felt by people in the area but typically do not cause significant damage, other than possibly broken windows and falling dishes or the toppling of unstable objects. But the damage caused by any single event depends on the quake's depth, proximity to populated areas, building standards in the region, as well as the type of earthquake. The USGS frequently updates the magnitude of an event after more data is analyzed.