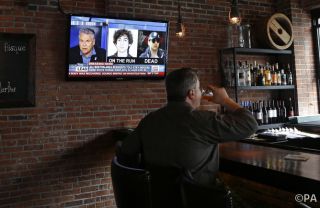 Those who experience a terrorist attack firsthand are prone to suffer from acute stress. That much is obvious. But does living that experience repeatedly through the media’s coverage of the event cause even more stress?

This is the question Roxane Cohen Silver of the University of California Irvine and her colleagues have asked in the aftermath of the Boston Marathon bombing. And the answer seems to be that those who followed media coverage for long enough did indeed have a greater chance of suffering from symptoms of high acute stress, sometimes even more than those who were present at the site.

The April 2013 bombing was the first major terrorist attack in the US since September 2001. The changed nature of traditional media and the introduction of social media in the intervening period presented an opportunity for researchers to understand how people cope depending on their exposure to such events.

For the study, just published in the Proceedings of the National Academy of Sciences, they conducted an internet-based survey of nearly 5,000 Americans in the two to four weeks after the bombing. About 1% of respondents were present at the site of the event, a further 9% had someone close who was near the site and some 9% were also directly affected by the aftermath (because of Boston lockdown or other such reasons).

Contrasting this subgroup’s answers with those who were exposed to the event through the media, be it television, radio or via the internet, gave a clear result – acute stress occurs even among those who were not directly present at the event.

What was surprising was that if a person spent more than six daily hours exposed to bombing-related coverage, he or she was nine times more likely to report symptoms of high acute stress. It did not matter whether this person was directly exposed on the day of the event or whether the person lived in Boston or New York. While only 5% of the respondents reported suffering from those symptoms, there was a direct correlation between acute stress symptoms shown and the number of hours of bombing-related media exposure.

Andrew Smith, professor of psychology at Cardiff University, said, “These results don’t surprise me entirely. But one has to be cautious about the simplistic conclusion drawn here.” And indeed the study has many caveats.

First, Silver said, the study’s conclusions are not causal. So they cannot be certain that media coverage led to increase in acute stress symptoms. But a study following the September 2001 attacks did give similar results, in which those exposed to 9/11-related TV reported post-traumatic stress symptoms.

Second, there is a good chance that people who suffered from acute stress might have been the people who consumed media coverage as a way of coping with the experience. Sometimes this is beneficial but repeated exposure can push the viewer into a “self-perpetuating cycle of distress”, writes Silver. She tried to remove those biases by comparing the mental health histories from before the bombings of all those respondents whose data was available, and that is why she considers these findings robust.

Third, and this may be the biggest limitation, the study lacks a control group, where a similarly sized group of individuals on whom the bombing may not have had the same influence were asked to fill out the same questionnaire. Such an excercise could run into other problems such as differences between various cultures' ability to deal with stress.

Finally, Neil Ferguson, a political psychologist at Liverpool Hope University, points out that the measurement Silver used to measure acute stress may not be water-tight. The SASRQ (Stanford Acute Stress Reaction Questionnaire) does not differentiate between stress-related questions from dissociation-related questions. This matters because dissociation, which involves detaching yourself from an event consciously or unconsciously, can be either a coping mechanism or a stress-inducing mechanism.

Based on the results, Ferguson said, “those who were less likely to be well-educated, employed and well-off financially were also more likely to be suffering from acute stress symptoms following the bombing and bombing-related media”. Which in itself isn’t surprising, but it is something worth factoring in when hinting at a causal link between media coverage of the event and acute stress symptoms.

Brooke Rogers, lecturer on risk and terror at King’s College London, said, “This is a good example of how public perception of risk affects how we deal with a stressful event. Research has shown that public perception of risk depends on factors like fairness, ability to control events, trust in institutions that deal with the aftermath, familiarity to the event and if the event is natural or man-made.”

In case of superstorm Sandy, the event was considered to be a natural disaster, which no one had control over. Storms are something Americans are more familiar with. Also, having dealt with events like this before, people have more trust in the authorities.

“We must also remember that one of the main findings of the article is the tremendous resilience populations show,” Rogers said. Nearly 95% of the population was able to find a way of coping with the aftermath of the bombing.

Smith pointed out that there are many studies which have looked at stress caused by an event or by the media coverage of an event, but none till now have looked to compare which of those two correlate to more stress.

Despite the caveats, the study’s main conclusion is worth remembering. In Silver’s words: “Media outlets should recognise that repeatedly showing gruesome, distressing images is not in the public interest.”