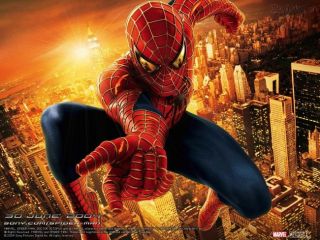 The comic-book superhero Daredevil was left blind by a radioactive substance, but his blindness only made his other senses superhuman.

It's commonly believed that deaf or blind people may have Daredevil-like other senses. But the reality is much more subtle: People with one impaired sense don't have general enhancements of their other senses, but rather very specific brain changes, new research reveals.

Scientists are now uncovering some of the brain differences that underlie changes or improvements in other senses. [Vision Quiz: What Can Animals See?]

For example, research shows that people who are deaf from birth tend to be more sensitive to light or motion in their peripheral vision, compared with people who can hear, said Christina Karns, a neuroscientist at the University of Oregon.

"When you talk to a deaf person, they say, 'Of course; we call that the hearing eye,'" Karns told LiveScience.

Information in the brain's visual system follows two main pathways. The "where" pathway — which involves signals traveling from the visual cortex along the top of the occipital lobe — gives information about an object's location and motion. The "what" pathway sends signals toward the temporal lobe, for object recognition. Studies in deaf people and deaf monkeys have shown increased activity in the "where" pathway during motion-tracking experiments, which could explain why deaf people have improved peripheral vision.

Karns and her colleagues wanted to know whether the areas of the brain responsible for hearing were also organized differently in deaf people, compared with people who could hear. In previous experiments with people who can hear, when the participants see a light flashed in their peripheral vision and hear two beeps at the same time, they experience the illusion that they saw two flashes of light. Karns' team ran the same experiment with deaf individuals, except the beeps were replaced with puffs of air on the participants' faces.

Deaf people reported seeing two flashes of light when they felt two puffs of air, suggesting they use touch the same way hearing people use sound: to improve visual accuracy.

"Hearing people are doing this all the time," said Karns, who presented her findings this month at a meeting of the Society for Neuroscience in San Diego."Deaf people don't have sound, so they end up building a visual system that's more accurate."

One of the big questions driving research on this topic is whether being deaf or blind frees up brain real estate for other senses. Stephen Lomber, a neuroscientist at the University of Western Ontario, and colleagues found that cooling down the auditory cortex of deaf cats caused the animals to lose their enhanced peripheral vision, suggesting those brain areas had, indeed, been dedicated to vision.

Taken together, the research into the differences between deaf people's brains and hearing people's brains reveals the plasticity of the brain. "There's a lot of hope there for ways we can train our brains," Karns said.