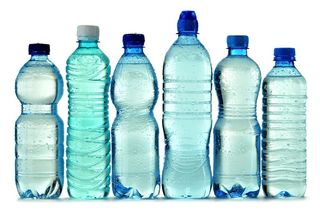 Exposure to the chemical bisphenol A (BPA) during early pregnancy may increase the risk of miscarriage, preliminary research suggests.

Researchers collected blood from 114 women when they were four to five weeks pregnant. The researchers later measured blood levels of BPA in women who gave birth, and in those who had a first-trimester miscarriage. Women were divided into four groups based on the amount of BPA in their blood.

Still, the study adds to a growing body of research linking BPA to reproductive and other health problems.

A study published last year of women undergoing in vitro fertilization (IVF) found that those with high levels of BPA had fewer eggs collected and fertilized during the IVF process than those with low levels of BPA. Another study showed that BPA exposure increased the risk of abnormal egg development in monkeys.

"I don't want to alarm prospective parents," study researcher Dr. Ruth Lathi, an assistant professor of obstetrics and gynecology at Stanford University Medical Center, said, noting that it's nearly impossible to avoid all exposure to BPA. "Lots of women with detectable [BPA] levels have healthy babies," Lathi said. Still, the data suggest "there is no harm in trying to reduce [BPA] exposures," Lathi added.

BPA is found in many products, including canned foods, plastics, dental sealants and credit-card receipts.

Most people have BPA in their urine, suggesting the chemical leaches out of the packaging, into foods or drinks, and finally into the body. Because BPA is similar in structure to the hormone estrogen, there is reason to think it could bind to estrogen receptors in the body and disrupt hormone signaling.

Researchers don't know how BPA might be acting to increase miscarriage risk. In the new study, the researchers analyzed the chromosomes of the fetuses that were miscarried, looking for genetic abnormalities. They found BPA exposure increased the risk of both genetically normal and genetically abnormal miscarriages. This finding suggests that BPA may act in multiple ways to increase miscarriage risk — for instance, by affecting chromosomes and also hormone action, Lathi said.

Dr. Kenneth Spaeth, medical director of the Occupational and Environmental Medicine Center at the North Shore-Long Island Jewish Health System in New York, said both the new findings and the results of previous studies were concerning but noted that much more research is needed to better understand the risk BPA poses to health.

"Given how widespread its use is…I think we have to take these kind of studies very seriously, and make sure we're doing everything we can to better characterize the risk," Spaeth said.

BPA is quickly cleared from the body, so people's BPA levels may vary depending on when they are tested. But because studies often collect blood or a urine sample just a few times, they "are taking a snapshot" of BPA exposure, Spaeth said. The current study collected two blood samples from most participants.

For people who want to reduce their BPA exposure, here are some tips:

Avoid cooking food in plastic, because chemicals can leech out of plastic at higher temperatures, Lathi said.

Avoid canned food, Lathi said, because BPA may be present in the lining.

Don't leave plastic water bottles in a car in the sun, because studies show that levels of BPA in water bottles increase dramatically in these circumstances, said Dr. Linda Giudice, president of the American Society for Reproductive Medicine.

Avoid plastics with recycle codes 3, 6 and 7, because they may be more likely to contain BPA, Spaeth said.

The study will be presented in Boston this week at a joint meeting of the International Federation of Fertility Societies and the American Society for Reproductive Medicine.