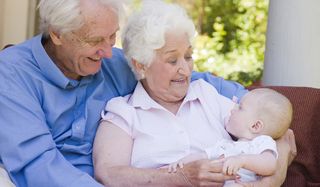 Death rates among middle-age and older people are higher when the economy is growing than when it's sliding into a recession, a new study finds.

The researchers looked at 19 developed countries, and compared the historical figures of gross domestic product (GDP) — an indicator of national economic well-being — to death rates among 40- to 44-year-olds, and 70- to 74-year-olds, between 1950 and 2008.

The results showed that over the decades, there has been a close link between an increase in GDP and a decrease in death rates in all of the countries studied. But a closer look at economic fluctuations revealed a different trend.

In almost all of the countries in the study, death rates rose during booming economic years, and decreased in downward-trending years. On average, for every 1 percent increase in GDP, mortality increased by about 0.36 percent for men and by about 0.18 percent for women, according to the study, published today (Oct. 7) in the Journal of Epidemiology and Community Health. [Extending Life: 7 Ways to Live Past 100]

Life expectancy in developed counties has generally increased over past decades, but previous studies had reported a counterintuitive link between short-term changes in the economy and death rates.

It has been suggested that lower unemployment rates during a healthy economy perhaps also brings some negative side effects — for example, an increase in work stress, a higher risk of traffic accidents and more unhealthy lifestyles.

However, such factors cannot fully explain the findings about old people who are retired, and would likely not change their lifestyle as much as their younger, working counterparts during different economic tides, the researchers said.

It is possible that higher levels of air pollution in an expanding economy could be one factor affecting the elderly, but it's unclear why men would suffer more during good economic times than women, the researchers said.

Another factor could be changes in caring and social support among relatives. When employment rates and the amounts of workload increase for the working population, it is plausible that people could have less time to care for their chronically ill or very old friends and relatives.

However, more research is needed to know whether these factors could explain the link between mortality rates and the state of the economy, and whether there are other factors involved, the researchers said.