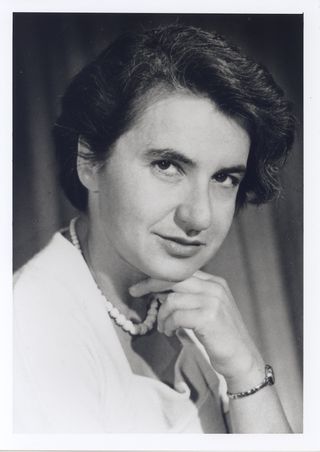 For every scientist honored with the Nobel Prize, there are hundreds or thousands of people whose scientific contributions paved the way for those discoveries. And sometimes, sexism, bad luck or political machinations cheat deserving people of science's highest honors, say scientists involved.

In honor of this year's Nobel Prize awards, here are some of the unsung heroes whose work was worthy of a Nobel Prize, from a pioneering DNA researcher to the discoverer of pulsar.

In the 1940s and 1950s, Rosalind Franklin, a brilliant British biophysicist, took X-ray crystallographic images of DNA, the molecule that carries the genetic instructions for all life. It was actually Franklin who first found the now-iconic helical structure of DNA — information that was then shared with rival James Watson without her permission. Unpublished papers revealed she had almost cracked one form of DNA's structure when she died of ovarian cancer in 1958. Her academic rivals, James Watson and Francis Crick, would go on to isolate further the structure of nucleic acids, largely thanks to her prior work, and were awarded the Nobel Prize in Physiology or Medicine for their work in 1962. Though Franklin would have been ineligible, having died four years beforehand, for years, Watson and Crick underplayed her valuable contributions and her work went unrecognized. [Code of Life: Photos of DNA Structures]

In 1967, Jocelyn Bell (her married name is Bell Burnell) was an astrophysics graduate student working with her doctoral adviser Anthony Hewish on quasars, or tiny, distant sources of radio waves that emit high energy. As part of her work, she was surveying the sky with a 4-acre radio telescope, looking for twinkling light sources. While poring over the up-to 96 feet of pages of data generated a night, she found "bits of scruff" in her data. Initially, Bell thought the weird signals were from man-made sources, problems with the telescope, or perhaps even communications from aliens or "little green men." After a laborious process, the team ruled out all those options and determined that there was a completely new source of that signal — pulsars, which are rapidly spinning neutron stars.

In the subsequent paper published in the journal Nature, Bell earned second billing after her adviser. But despite her work, she was snubbed for the 1974 Nobel Prize in Physics, which was awarded to her adviser, Hewish, for his work on pulsars, along with colleagues Fred Hoyle and Martin Ryle. Hoyle publicly denounced the Nobel's decision, and many think his commentary led him to be snubbed later, for the 1983 Nobel Prize that related to his work on the Big Bang.

Though Dmitri Mendeleev wasn't the first person to create a periodic table of the elements, his formula was the first to predict, based on atomic weights, where each element should go on the table. He laid out the table in horizontal and vertical rows, and even left blank spaces where he predicted as-yet-undiscovered elements should go. The table wasn't correct, and would eventually need to be reworked based on atomic weights. Nevertheless, his work was the foundation for the periodic table displayed in every high-school chemistry classroom.

Mendeleev was nominated for, but not awarded, the Nobel Prize in Chemistry in 1906. Legend has it that one of the committee members held a grudge against him and urged the prize be awarded to someone else. Mendeleev lost the prize by one vote, and died the next year.

Nikola Tesla easily could have been awarded the Nobel Prize for many of his discoveries. The science polymath made a number of discoveries in electricity, radio and magnetism. For instance, Tesla's alternating current would prove the backbone of most modern electrical grids. But some believe his squabbles with Thomas Edison, who advocated for direct current, deprived both of them of the highest prize.

That wasn't the only time Tesla narrowly missed a well-deserved Nobel. In 1909, the physics Nobel was awarded to Guglielmo Marconi for his development of radio communication. But in fact, patents reveal that Tesla had made many of his radio breakthroughs earlier than Marconi, which means Tesla probably should have been awarded a share of the 1909 prize. [Mad Geniuses: The 10 Oddest Tales]

In 2008, Roger Tsien, Osamu Shimamura and Martin Chalfie were awarded the Nobel Prize in Chemistry for developing green fluorescent protein. The tiny protein could be attached to biological molecules in a living cell, where the molecule would glow green under certain wavelengths of light. GFP and its fluorescent counterparts are now indispensable tools used every day in biology.

But while, Tsien, Shimamura and Chalfie earned the top honors, Douglas Prasher was the one who cloned and sequenced GFP's DNA in 1992. By the time the Nobel Prize was awarded in 2008, Prasher had left academia and was working as a bus driver in Huntsville, Ala. In their acceptance speeches, the group emphasized Prasher's pivotal role in the discovery, and in 2013, Prasher returned to academia and joined Tsien's lab at the University of California at San Diego.

Known as the "First Lady of Physics," or the "Chinese Marie Curie," Chien-Shiung Wu was a Chinese-American physicist whose famous experiment showed that the law of conservation of parity did not hold for the weak nuclear force. In the 1950s, it was believed systems that were mirror images of one another would behave identically (conservation of parity is still thought to hold for electromagnetic force, gravity and the strong nuclear force). But in the 1950s, two scientists — Tsung-Dao Lee and Chen-Ning Wang — argued that parity wouldn't hold for the weak nuclear force.

To test that idea, they turned to Wu, who designed and meticulously carried out an experiment showing that parity was violated in beta decay, which is caused by the weak nuclear interaction. Though Lee and Wang would earn the 1957 Nobel Prize in Physics for their discovery, Wu was left off the list, a particularly egregious oversight given that the Nobel Prize can be awarded to up to three people.