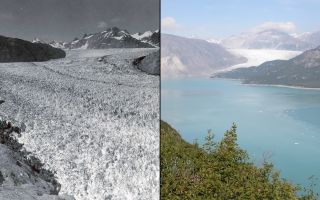 With 800 volunteer reviewers, the latest report from the Intergovernmental Panel on Climate Change (IPCC) — the international body that assesses the state of the science on climate change — was bound to leak.

The first full version of the draft report was posted online in December 2012 by a climate change skeptic who was part of the volunteer review army. Now, as the report's Sept. 27 release date nears, final drafts are circulating among journalists.

This latest version of the IPCC's summary of climate sciencewill be called the Fifth Assessment Report, or AR5. Since the last report was issued in 2007, the IPCC has corralled experts from around the world to review, analyze and summarize existing research on global warming and climate change.

Here is a sneak preview of what to expect when the AR5 report is issued next week, based on the leaks so far. But be warned — there will be differences between the versions given to reporters and the IPCC's final statement. The last rewrite session begins Monday, Sept. 23, in Stockholm.

The biggest news is that the IPCC has raised their level of certainty that humans are responsible for the last 50 years of global warming, up to 95 percent from 90 percent in 2007. "There is high confidence that this has warmed the ocean, melted snow and ice, raised global mean sea level, and changed some climate extremes in the second half of the 20th century," the leaked drafts said. [NASA Video: Watch US Heat Up by 2100]

The Antarctic Ice Sheet shrank nearly five times faster between 2002 to 2011 than it did in the decade before, the report said. But Antarctic winter sea ice seems to cover a slightly bigger area each year. In the 2007 report, the IPCC models predicted a small decreasing trend in this winter Antarctic sea ice extent. Studies published this year attribute the increasing sea ice trend to changing wind patterns. The IPCC report may not have time to add these latest observations and models, and researchers are far from reaching consensus. The draft report said, "There is low confidence in the scientific understanding of the small observed increase in Antarctic sea ice extent."

It's hot out there

The ice is melting

The pace of melting glaciers is rising, the report concludes. The Arctic ice pack is shrinking. As mentioned above, the massive Antarctic ice cap is also starting to show signs of responding to global warming by increasing its melting. The Greenland Ice Sheet lost about six times more ice from 2002 to 2011 than from 1992 to 2001 — an average of 177 billion tons a year versus 7 billion tons a year, respectively. [Video - Loss of Arctic Sea Ice]

The IPCC pared down its projections for global average sea level rise, partly because scientists have a better understanding of how glaciers will melt and the oceans will respond as the planet warms. Depending on future greenhouse gas emissions, sea levels will rise by an average of 16 to 24 inches (40 to 62 centimeters) by 2100, according to the leaked report. The full range of projected sea level rise, 11 to 32 inches (29 to 82 cm), is much broader than in 2007. The IPCC will explain the reasoning behind the new numbers next week.