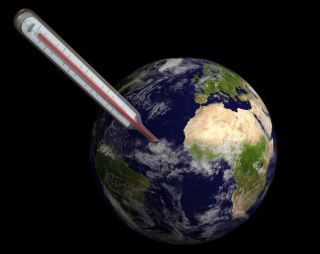 Female scientists and leaders from more than 35 countries will descend on the small town of Suffern, N.Y., this weekend to discuss issues at the intersection of climate policy and women's empowerment.

The first International Women's Earth and Climate Initiative summit will include panel discussions on topics ranging from food security and the health of fresh water and the oceans to fossil fuels and transitioning to clean-energy alternatives, all within the framework of climate policy and women's rights.

The four-day conference, which begins Friday (Sept. 20), is designed to draw attention to an overlooked part of the climate change debate, said Osprey Orielle Lake, the group's co-founder.

"One of the most important untold stories of climate change has to do with women's leadership and women's empowerment," Lake told LiveScience. "Many studies show that women are heavily impacted by climate change and environmental degradation. We need to understand the importance of women as central stakeholders." [8 Ways Global Warming is Already Changing the World]

The impact on women around the world happens because they are in mostly in charge of the household's food production. Similarly, in many nations, women are responsible for collecting water, sometimes in areas hit hard by droughts.

"When we talk about climate change, or what's happening with water, or how to achieve food security — we have to understand that, statistically, women are key to the solutions," Lake said.

Delegates from around the world, representing a diverse mix of academic fields and industries, will take part in the summit. The attendees include business leaders, former heads of state, scientists, government officials, indigenous leaders, activists and community organizers.

Based on the issues raised at the summit, the delegates will draft a so-called Women's Climate Action Agenda, which will lay the foundations for climate change solutions at the local, national and international levels.

"Our intention is to build a progressive agenda, something that goes further than the proceedings at the [United Nations] climate negotiations," Lake said. "Governments are not responding at the speed and scale that nature is showing us we need to. We need to demonstrate a path forward that will address the urgency of the crisis."

The summit comes about a week before the Intergovernmental Panel on Climate Change (IPCC), the international organization created by the U.N. to compile comprehensive assessments of the global climate risk, is expected to release part of its next big report. The first part of the report, which examines the science behind climate change, will be released on Sept. 27.

The timing of this weekend's summit, while fortuitous, was unplanned, Lake said.

"We lucked out with that," she said. "It's perfect timing, though, because at this conference, we'll have women from communities that are being affected by droughts and extreme weather events, and they'll discuss possible solutions."