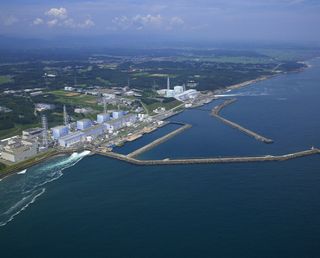 Here is what you need to know about the radioactive water leaking from Japan’s Fukushima nuclear plant into the Pacific Ocean.

Scientists on both sides of the Pacific have measured changing levels of radioactivity in fish and other ocean life since the March 2011 earthquake and tsunami triggered a nuclear meltdown at Japan’s Fukushima Daiichi nuclear plant. On Aug. 2, 2013, when Japan’s Tokyo Electric Power Co. (TEPCO) gave its first estimate of how much radioactive water from the nuclear plant has flowed into the ocean since the disaster, the company was finally facing up to what scientists have recognized for years.

"As an oceanographer looking at the reactor, we've known this since 2011," said Ken Buesseler, a marine chemist at the Woods Hole Oceanographic Institute in Woods Hole, Mass. "The news is TEPCO is finally admitting this."

Japan is haunted by two lingering questions from this aftermath of the disaster: First, how the radioactivity might seriously contaminate ocean life that represents a source of seafood for humans; second, whether it can stop the leaks of radioactive water from the Fukushima plant.

Radioactivity is not created equal

The Fukushima plant is leaking much less contaminated water today compared with the immediate aftermath of the nuclear meltdown in June 2011 — a period when scientists measured 5,000 to 15,000 trillion becquerels of radioactive substances reaching the ocean. Even if radioactivity levels in the groundwater have spiked recently, as reported by Japanese news sources, Buesseler expects the overall amount to remain lower than during the June 2011 period.

"The amount of increase is still much smaller today than it was in 2011," Buesseler told LiveScience. "I'm not as concerned about the immediate health threat of human exposure, but I am worried about contamination of marine life in the long run."

The biggest threat in the contaminated water that flowed directly from Fukushima's reactors into the sea in June 2011 was huge quantities of the radionuclide called cesium. But the danger has changed over time as groundwater became the main source for leaks into the ocean. Soil can naturally absorb the cesium in groundwater, but other radionuclides, such as strontium and tritium, flow more freely through the soil into the ocean. (TEPCO is still coming up with estimates for how much strontium has reached the ocean.)

Tritium represents the lowest radioactive threat to ocean life and humans compared with cesium and strontium. Cesium’s radioactive energy is greater than tritium, but both it and tritium flow in and out of human and fish bodies relatively quickly. By comparison, strontium poses a greater danger because it replaces the calcium in bones and stays for much longer in the body.

Not fishing for trouble

A number of fish species caught off the coast of the Fukushima Prefecture in 2011 and 2012 had levels of cesium contamination greater than Japan's regulatory limit for seafood (100 becquerels per kilogram), but both U.S. and Japanese scientists have also reported a significant drop in overall cesium contamination of ocean life since the fall of 2011. The biggest contamination risks came from bottom-dwelling fish near the Fukushima site. [In Photos: Fukushima Butterflies Plagued With Defects]

The radioactive groundwater leaks could still become worse in the future if TEPCO does not contain the problem, U.S. scientists say. But they cautioned against drawing firm conclusions about the latest impacts on ocean life until new peer-reviewed studies come out.

"For fish that are harvested 100 miles [160 kilometers] out to sea, I doubt it’d be a problem," said Nicholas Fisher, a marine biologist at Stony Brook University in Stony Brook, N.Y. "But in the region, yes, it's possible there could be sufficient contamination of local seafood so it'd be unwise to eat that seafood."

The overall contamination of ocean life by the Fukushima meltdown still remains very low compared with the effects of naturally occurring radioactivity and leftover contamination from U.S. and Soviet nuclear weapons testing in the 1960s. Fisher said he’d be "shocked" if the ongoing leaks of contaminated water had a significant impact on the ocean ecosystems.

TEPCO is facing two huge issues in stopping the radioactive water leaks. First, groundwater from nearby mountains is becoming contaminated as it flows through the flooded basements of the Fukushima plant's reactor buildings. The water empties into the nuclear plant's man-made harbor at a rate of about 400 tons per day — and TEPCO has struggled to keep the water from leaking beyond existing barriers into the ocean.

"This water issue is going to be their biggest challenge for a long time," said Dale Klein, former head of the U.S. Nuclear Regulatory Commission. "It was a challenge for the U.S. during Three Mile Island [a partial nuclear meltdown in Pennsylvania on March 28, 1979], and this one is much more challenging."

Second, TEPCO must also deal with contaminated water from underground tunnels and pits that hold cables and pipes for the Fukushima nuclear plant’s emergency systems. The underground areas became flooded with highly radioactive water during the initial meltdown of the Fukushima plant’s reactors, and have since leaked water into the ocean despite TEPCO’s efforts to seal off the tunnels and pits.

TEPCO has also been racing to deal with the problem of storing hundreds of thousands of tons of radioactive water from the Fukushima plant, said Hiroaki Koide, a nuclear engineer at Kyoto University in Japan. The Japanese utility is testing a water decontamination system called ALPS that can remove almost all radioactive substances except for tritium, but has put much of the contaminated water in storage tanks in the meantime.

"The tanks are an emergency solution that is not suitable for long-time storage," Koide said. "Water will leak from any tank, and if that happens, it will merge with the groundwater."

What must be done

So what solutions exist beyond building more storage tanks? Klein reviewed a number of possible solutions with TEPCO when he was picked to head an independent advisory committee investigating the Fukushima nuclear accident.

One possible solution involves using refrigerants to freeze the ground around the Fukushima plant and create a barrier that stops the inflow of groundwater from the mountains. TEPCO is also considering a plan to inject a gel-like material into the ground that hardens into an artificial barrier similar to concrete, so that it can stop the contaminated groundwater from flowing into the ocean.

Such barriers could help hold the line while TEPCO pumped out the water, treated it with purification systems such as ALPS, and then figured out how to finally dispose of the decontaminated water.

"My priority would be stop the leak from the tunnel immediately," Klein said. "Number two would be to come up with a plan to stop the inflow and infiltration of groundwater. Number three is to come up with an integrated systematic water treatment plan."

Meanwhile, both Japanese and U.S. scientists continue to gather fresh scientific data on how the radioactivity impacts ocean life. Despite low contamination levels overall, studies have shown great differences in certain species depending on where they live and feed in the ocean.

"The most straightforward thing the Japanese can do now is measure the radionuclides in fish tissue, both at the bottom of the ocean and up in the water column at different distances from the release of contaminated groundwater," Fisher said.