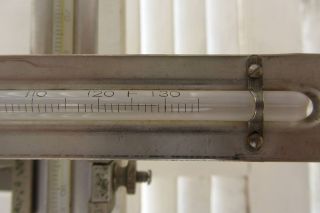 It hasn't been this hot in the Southwest in June for 110 years.

Sure, the mercury got close to Sunday's record in 1994, but the last time it was this hot in California was in 1902, in a little town called, appropriately enough, Volcano. The National Weather Service officially declared Sunday (June 30) the hottest June day in the United States ever, at 129 degrees Fahrenheit (54 degrees Celsius) in Death Valley, tying the record from 1902. Death Valley also holds the world heat record, hitting 134 F (57 C) on July 10, 1913.

The scorching heat wave results from a ridge of high pressure settled in over the Southwest, according to the National Weather Service (NWS). The ridge is stuck in part because a giant swoop in the jet stream has divided the country, with the high-pressure parked west of the atmospheric winds, while cooler air is swept to the East.

The high-pressure system is wreaking havoc on an already parched landscape; thunderstorms rising around the edge of the ridge spark wildfires. In Yarnell, Ariz., 19 firefighters were killed on Sunday, the deadliest U.S. firefighter disaster in decades. The blaze was triggered by a lightning strike on Friday (June 28).

Even though the NWS predicts the high-pressure ridge will begin to break up by the weekend, temperatures will remain above normal, with no relief from the summer monsoon in Nevada or Arizona, the agency said.

The record-high temperatures in Alaska in mid-June also were from a high-pressure system baking the biggest state. High-pressure systems prevent clouds and winds from entering the region they cover, letting the sun sear the atmosphere and ground. The high pressure also makes it more difficult for new weather systems to move in and break up the heat.