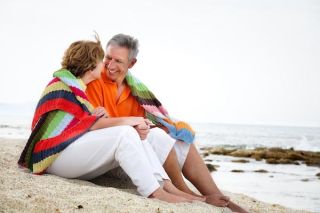 Contracting a common virus called cytomegalovirus (CMV) may contribute to the development of Alzheimer's disease, a new study of the brains of older adults suggests.

The study found an association between patients' immune responses to CMV and signs of Alzheimer's disease.

However, more studies are still needed to understand how an active CMV infection might be related to this most common form of dementia, said study researcher Dr. Julie Schneider, of the Rush University Alzheimer's Disease Center in Chicago.

The study did not show a cause-and-effect link between CMV and Alzheimer's. It is possible that other stimulants of inflammation, including other viral infections, might also lead to the brain changes seen in the study, which could cause a decline in cognitive function leading to Alzheimer's disease.

Whether CMV — which most people in the U.S. have been exposed to — may play a role in Alzheimer's has been controversial. CMV is transmitted through contact with bodily fluids, including sexual contact.

In the new study, Schneider and her colleagues analyzed blood and cerebrospinal fluid (brain- and spinal-cord fluid) samples from the bodies of people who were part of an aging-and-dementia study during their lives. All had passed away, and had mild or probable Alzheimer's disease at the time of their death. Of the participants, 37 had antibodies against CMV, and 22 were CMV-negative.

Such a clear-cut difference supports the idea that CMV may specifically cause inflammation related to Alzheimer's, said study researcher Nell Lurain, professor of immunology at Rush University.

The patients with higher levels of antibodies against CMV were also more likely to have brain cells with aggregated tau proteins, called neurofibrillary tangles that have been connected to Alzheimer's disease.

While most people are carriers of the CMV virus, generally only those with weakened immune systems have symptomatic, active CMV infections. The virus may infect the brain and spinal cord, and has been shown to increase inflammation. This inflammation, which can occur in the brain, is thought to contribute to Alzheimer's, and perhaps other diseases that result in the degeneration of nerve cells.

The herpes simplex virus (HSV1), another virus that can infect the brain and spinal cord, has also been linked with Alzheimer's progression. But the new study did not find a connection between HSV1 and markers of Alzheimer's disease in patient samples.  [7 Ways to Prevent Alzheimer’s Disease]

The study also showed no evidence of a link between higher levels of CMV infection and levels of amyloid-beta — an imperfect marker of Alzheimer's but still the hallmark of the disease that most researchers consider the best indicator.

The researchers did see that infecting human cells in lab dishes with CMV, but not HSV1, resulted in an increase in amyloid-beta protein.

David Goldeck, who works on aging and immunology at the University of Tübingen in Germany, argued that there is little evidence of a direct link between CMV and Alzheimer's. Studies, including the new one, still only suggest that CMV can enter the brain and contribute to cognitive decline. Meanwhile, other studies have found no evidence of even an indirect relationship — let alone a causal relationship — between CMV infection and Alzheimer's, Goldeck said.

In other words, the jury is still out on whether a CMV infection, or the inflammation caused by such an infection, directly contributes to brain changes that lead to Alzheimer's.

More than 5 million Americans are living with Alzheimer's disease, the causes of which are still unknown. There are no direct ways to prevent the disease, and no treatments.

If CMV is, indeed, found to contribute to Alzheimer's disease, vaccines that prevent infection may be the best approach, Schneider said.