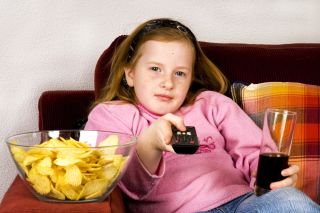 One of the first habits I try to get clients to kick is their addiction to processed foods. Sure, these foods can be convenient, but they are almost never good for you. Even so-called health foods are usually loaded with sodium and excess calories or fat. And then there is the never-ending list of ingredients you can’t pronounce. But the best reason to avoid processed foods is the potential for health problems caused by the additives these foods contain.

So if an overabundance of sodium isn’t reason enough for you to kick the processed food habit, check out the side effects associated with these  common ingredients:

Benzoate preservatives (BHT, BHA, TBHQ).  These preservatives –  butylated hydroxytoluene (BHT), butylated hydroxyanisole (BHA) and tertiary butylhydroquinone (TBHQ) – are added to foods containing fat. They keep fats from becoming rancid. Sounds good, right? Well, the trade-off could be ADHD. A 2012 study in the Journal of Attention Disorders suggests that consumption of sodium benzoate-rich beverages may be linked to ADHD-related symptoms in college students.

Monosodium glutamate (MSG). Chinese food gets a bad rap for containing MSG. But this flavor enhancer is also found in many processed foods, including frozen entrees, soups, chips, even salad dressing. MSG is a controversial ingredient, but many studies point to its negative effects. One such study was published just this month in the journal Nutrition. This study associated MSG with a higher incidence of snoring and sleep-disordered breathing. A 2010 study in the journal Cephalalgia linked MSG intake to headaches and high systolic blood pressure.

Sodium nitrite and nitrate.  These preservatives are added to cured meats and fish to preserve their color and flavor. But as is the case with other preservatives, they may have side effects. A 2012 study in the International Journal of Cancer shows that dietary nitrate may increase the risk of thyroid cancer.

If you’d like to avoid consuming these potentially harmful ingredients, there is only one surefire way: Avoid processed foods. Eat foods in their whole, natural state and you won’t have to worry about side effects from chemically processed additives.