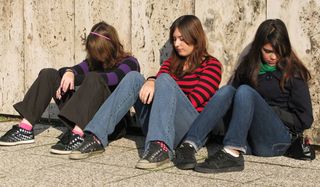 Street drugs known as synthetic marijuana — also known as K2 and Spice — were linked to 11,406 visits to U.S. emergency rooms in 2010, according to a new government report.

Of these visits, 75 percent involved people between ages 12 and 29, with males accounting for 78 percent of the visits of that age group. In the majority of cases, the patients had used no other substances.

About 3,800 of the ER visits involved teens between ages 12 and 17, and a recent national survey of high school seniors showed that 11 percent reported using synthetic marijuana in 2011. These findings are "cause for concern," the report from the Substance Abuse and Mental Health Services Administration (SAMHSA) said.

There is no age restriction on purchasing the drugs, and their popularity among young people has grown, according to the report.

The drugs are designed to act on the body in a way similar to marijuana, and have been linked with a number of side effects, including vomiting, rapid heart rate, increased blood pressure, seizures, hallucinations and paranoid behavior.

In July, the Food and Drug Administration Safety and Innovation Act enacted a comprehensive, national ban against the sale of the drugs. But the products are difficult to regulate and may be available online, the report noted.

The report is based on data gathered from the Drug Abuse Warning Network, a public health surveillance system that monitors drug-related ER visits in the U.S.

Pass it on: Synthetic marijuana has been linked to 11,000 annual ER visits.