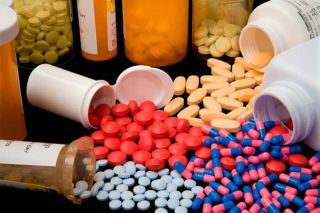 One way to curb the large and growing problem of prescription drug abuse in the U.S. would be requiring doctors to use databases to record and track patients' prescriptions, experts say.

For example, a doctor about to write a prescription for the painkiller OxyContin could look up the patient in the database to see whether the drug had recently been prescribed by another doctor.

"They can help us discover addiction at an early stage," said Dr. Norman Wetterau, a specialist in addiction at the University of Rochester School of Medicine in New York, referring to databases called prescription drug monitoring programs. "You identify patients much earlier, before they overdose, before they get arrested, before these problems grow."

However, issues remain over how the programs should be administered. Currently, 37 states have prescription drug monitoring programs, but most do not require doctors to use them.

And some doctors want use of the databases to remain voluntary, saying that it is not the role of physicians to police drug use.

This week, the American Medical Association announced its opposition to any federal legislation that would "require physicians to check a prescription drug monitoring program."

Ultimately, fixing the prescription drug abuse problem will require a "multi-prong solution," the AMA said. Public education, as well as changes in physicians' interactions with patients may ease the problem, experts say.

About 16 million people in the U.S. ages 12 and older say that they have taken a prescription pain reliever, tranquilizer, stimulant or sedative for nonmedical purposes within the past year, according to a 2009 national survey.

Between 1999 and 2007, the number of accidental opioid overdoses in the U.S. increased from about 3,000 to 12,000. And over the last decade, there has been a fivefold increase in the number of people entering substance abuse programs for opioid addiction, according to a recent study.

In addition, some say doctors are under increasing pressure to give in to patients' wishes. Hospitals and practices use patient satisfaction surveys, among other measures, to judge doctors, and doctors are being taught to take patients' desires into account when prescribing drugs, said Dr. Stuart Gitlow, president of the American Society of Addiction Medicine.

"If you've got a patient satisfaction survey, and a patient comes requesting a narcotic or sedative," the easiest way to satisfy them is to give it to them, Gitlow said.

This year, New York became the first state to mandate that doctors check prescription drug monitoring databases before they prescribe a drug.

"It's an inefficient system, it's time-consuming, and it takes the providers away from direct patient care," Hughes said.

Wetterau agreed that checking the database for every prescription is onerous, but said doctors should check at some point.

"It wouldn’t be unreasonable to check the first time the patient sees you, and maybe every six months or every year," Wetterau said.  But doctors should not be forced by law to use the databases, he said.

"If you don’t check cholesterol, we don’t have you arrested," Wetterau said.

Rather, checking the databases should be one measure that insurance companies can use to decide whether to keep a doctor in their system.

"It's very easy to blame the physicians or the dentists... or whoever's prescribing these medications, but there's plenty of blame to go around," Hughes said.

Patients don't think of these medications as dangerous, like guns or alcohol, and don't take the responsibility to properly store them, Hughes said. "These medications are being left in the home in a careless way," Hughes said, where they can be accessed by children and even thieves.

"We feel very strongly that education of the public must be a component," in fixing the problem, Hughes said.

Gitlow said its important that doctors use scientific knowledge, rather than patient satisfaction, as the driving factor in determining whether a patient needs prescription drugs.

"Often those two are one and the same, but not always. Particularly not in circumstances in which they're seeking medications that they think help them get better, but we know better," he said.