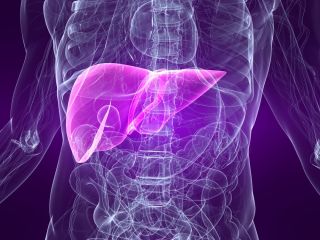 A virus known to kill cancer cells can travel through the bloodstream of cancer patients to find and selectively attack tumors while avoiding attack itself, a new study finds.

The virus, called a reovirus, was found inside patients' tumor cells but not in their healthy tissues, the researchers said.

Before the study, it wasn't clear whether the virus could survive within the body to reach tumors. Most people are exposed to a strain of reovirus when they are young — it's a common gastrointestinal and respiratory virus that rarely produces symptoms — so a patient's immune system would be expected to destroy this virus before it had a chance to find the cancer.

The new study showed how the virus hides from the immune system — it travels inside white blood cells.

The findings suggest a cancer treatment based on the virus could be delivered intravenously. While the virus could be directly injected at the site of the tumor, such injections are more complicated to administer, and difficult to use for cancers deep in the body, such as liver and pancreatic cancer, the researchers said.

In the new study, Alan Arthur Melcher of the University of Leeds in England and colleagues injected reovirus into the bloodstreams of 10 patients who had colon cancer that had spread to the liver.

A week to a month after the injections, the patients underwent surgery to remove their liver tumors.

The researchers found reovirus RNA in the patients' blood plasma — the fluid that surrounds blood cells — and, as expected, the virus there had been inactivated by the patients' immune systems.

In addition, samples taken during surgery showed active viruses in the liver tumor cells but not in normal liver tissue.

The researchers also found an association between the presence of the virus and degradation of tumor cells, but they cautioned they cannot be sure the viruses caused the tumor cell destruction.

Reovirus is just one of several viruses being studied for their potential to kill cancer cells. So far, such "oncolytic virus" therapies have appeared safe, and some have advanced through early clinical trials.

The new study "is an important next step in advancing [oncolytic virus] therapies into cancer patients,"John Bell, a senior scientist at Ottawa Hospital Research Institute in Canada, wrote in an editorial accompanying the study. Bell was not involved in the study.

The study illustrates the limitations of mouse models, Bell added — previous studies in mice had suggested reoviruses could not survive in the blood.

The study and editorial are published today (June 13) in the journal Science Translational Medicine. Some of the study authors work for Oncolytics Biotech, a biotechnology company that manufactures a form reovirus for use in medicine. The company provided the virus for the study, but did not have a role in funding.

Pass it on:  A virus known to kill cancer cells stealthy travels through the bloodstream to reach tumor cells.