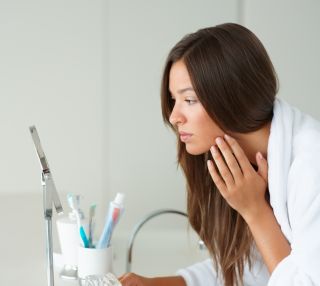 More people survive melanoma now than in generations past, but the death rate of one type of melanoma has not budged for the past 30 years, a new study shows.

Nodular melanoma consistently accounts for 14 percent of diagnosed melanomas, but makes up 37 percent of ultimately fatal cases, according to the study published in the January issue of the Archives of Dermatology.

Part of the reason that nodular melanoma contributes to a disproportionate number of melanoma deaths may be that it doesn't always look like the cancerous moles described in public health campaigns.

"You can have melanomas that don't follow the rules, said Dr. Martin A. Weinstock, co-author of the paper and professor of dermatologyat Brown University. "These nodular melanomas tend to be more dangerous than the other melanomas."

"If you're just relying on the [typical signs of melanoma], there's the risk that if you get a nodular melanoma, then you won't notice it," Weinstock said.

The researchers pored through more than 111,000 cases of invasive melanoma reported between 1978 and 2007 in the widely used database called the Surveillance Epidemiology and End Results Program, and found that at least one in five cases of nodular melanoma is ultimately fatal.

Both nodular melanomas and the more typical "spreading" melanomas begin in skin cells called melanocytes, which produce the skin pigment melanin. When most melanomas develop, they stay in the skin's top layer, growing no deeper than one-tenth of a millimeter, for months or years. These cancers are easier to spot as their diameter increases, and it usually takes only a little novocaine and a quick mole removal to cure it.

But in nodular melanoma, the cancer cells quickly start growing vertically: A bump forms at the skin's surface, and they send roots down into the fat, blood and other tissue of the body. This matters, because a cancer's depth can determine the chances of survival.

"One of the most important aspects of prognosis is how deep the melanoma is when it's found," said Dr. Roy Grekin, professor of dermatology and director of the dermatologic surgery division at the University of California San Francisco.

Grekin said if a cancerous mole grows 3.5 or 4 millimeters deep into the skin before it's found, then only 60 percent of these patients will survive in the next five years.

Once the cancer grows deep enough, the subtype of melanoma has no bearing on the chance of survival, Weinstock said, so he suggests the public pay more attention to catching nodular melanoma in earlier stages.

What to look for

Dermatologists have long promoted looking for the "ABCD" characteristics of moles: asymmetry, borders (look for irregular edges), color (look for changes, or a mixture of colors) and diameter (a dangerous spot is usually 6 millimeters wide, or about the size of a pencil eraser).

"In general, we've done such a good job of educating the public about melanoma, but it only covers the superficial type," said Dr. David J. Leffell, professor of dermatology and surgery at the Yale School of Medicine.

Finding nodular melanoma requires adding more letters to the ABCD model, such as "E" for evolving, or rapidly changing over weeks or months. Doctors also added "F" and "G" to describe nodular melanoma's tendency to show up as firm, and growing rapidly.

"If you're just relying on the ABCDs, there's the risk that if you get a nodular melanoma, then you won't notice it," Weinstock said.

"The most common kind of melanoma starts as a dark brown or black patch and it increases in size -- there's often some pink in it," said Dr. Ali Hendi, member of the American Academy of Dermatology and assistant professor of dermatology at Georgetown University Hospital. "Nodular melanoma is different: it can be any color from pink, to a purple, to a dark brown color. But it's often pink."

Weinstock and his colleagues admitted there were some limitations to the study; first, that not every doctor reports the subtype of a melanoma case in the SEER registry, and his team had no way to check the reports.

But nodular melanoma grows so aggressively that it can be difficult for any person to catch the cancerous lesions. Leffell said he has had patients leave a doctor's office with no suspicious moles, only to return two months later with nodular melanoma.

"Do the ABCDs, but also trust yourself, because in my experience patients are the first ones to notice something is wrong," Leffell said. "If patients are worried about a spot and the doctor doesn't want to biopsy it, find another doctor to biopsy it. The patient is the customer."

Pass it on: Some melanomas don't grow in diameter, they grow in depth instead, and can be more deadly.