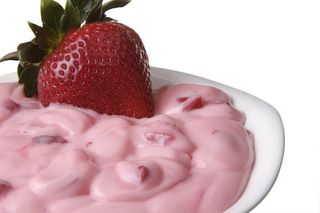 Probiotics, or "good bacteria," may lower levels of inflammation in the body, which could benefit patients who have inflammatory diseases such as ulcerative colitis, a new study says.

And other new studies confirm that probiotics may also help patients who need to take antibiotics for an extended period of time.

An imbalance between the good and bad bacteria in our guts can lead to uncomfortable symptoms or illnesses, researchers said, but probiotics might alleviate some symptoms. The studies will be presented this week at the American College of Gastroenterology's (ACG) annual meeting in Washington, D.C.

Inflammation normally helps your body fight off infection, but chronically high levels of it may cause swelling and pain and damage tissues. Psoriasis , ulcerative colitis and chronic fatigue syndrome are all diseases in which inflammation is thought to play a role.

The results suggest that probiotics may lower levels of inflammation, regardless of the affliction, the researchers said. However, it's still not clear whether probiotics can actually help with symptoms of these diseases, experts say.

"It would be too soon to be able to say people with psoriasis or chronic fatigue syndrome would feel a lot better after taking this [probiotic]," said Gregor Reid, a microbiologist at the University of Western Ontario in Canada, who was not involved in the study."In theory it should," but studies haven't shown this, he said.

The researchers plan to conduct a follow up study to see whether probiotics affect symptoms in patients with these conditions, said study researcher Eamonn Quigley, of the University College Cork in Ireland. The was funded by the biotechnology company Alimentary Health Ltd.

The results may seem to conflict with other research that shows probiotics ramp up, not tone down, our immune system responses. But Reid said it's possible for the bacteria to do both.

"I don't think there's anything that bacteria can't do, just about," Reid said. "We are essentially walking bacterial bodies. They're affecting everything that we do."

The study only looked at the effect of B. infantis. Other probiotics may produce a different response from the immune system, Quigley said.

The study adds to evidence that probiotics can help treat the bowel disease ulcerative colitis, said Dr. Raymond Cross, a gastroenterologist at the University of Maryland School of Medicine. However, the bacteria may help those with mild or moderate forms of the disease, and not severe forms of it, Cross said.

However, probiotics may not necessarily help people with irritable bowel syndrome (IBS). In a another study, researchers looked at the effect of probiotics on 302 people who suffered abdominal discomfort and bloating more than twice weekly for an average of three months the symptoms of IBS. However, these patients had not visited a physician or received medication for their condition.

After four weeks on probiotics, the participants reported a reduction in abdominal discomfort and bloating. However, participants who received a placebo improved as well, so there was no overall difference in improvement between the two groups, said study researcher Dr. Yehuda Ringel, of the University of North Carolina at Chapel Hill. Still, it's possible that participants' symptoms were not severe enough for the probiotics to have any significant effect, Ringel said.

Probiotics may also help people who need to take antibiotics for an extended time. Another study presented at the ACG meeting showed taking probiotics before starting antibiotics reduced the risk of developing antibiotic-associated diarrhea by about 60 percent, said study researcher Dr. Rabin Rahmani, a gastroenterologist at Maimonides Medical Center in New York.

Rahmani and colleagues reviewed 22 studies involving more than 3,000 patients who took probiotics for an average of 1.5 weeks.

And a separate study, which looked at 28 previous studies of probiotics as a treatment for antibiotic-associated diarrhea, showed that even in patients with Clostridium difficile infections, probiotics could prevent symptoms.

While gastroenterologists are beginning to recommend probiotics for disorders such as ulcerative colitis and antibiotic-associated diarrhea, is not clear exactly which bacteria, or what dose, is most beneficial, Cross said. Researchers should investigate this so doctors know the best way to prescribe these bacteria to their patients, he said.

Pass it on: Probiotics may reduce inflammation and help prevent complications of long-term antibiotic use.