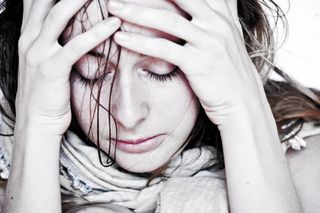 The idea that chronic fatigue syndrome may be caused by the virus named XMRV — a widely debated theory proposed a few years ago — received yet another blow today.

So is this the nail in the coffin for the XMRV-chronic fatigue syndrome link? Not quite.

The authors of the 2009 paper are admitting the new findings demonstrate that some of their results were invalid. But they say their conclusion still stands, and as such, they are retracting part but not all of their 2009 paper.

The new study and partial retraction are published today (Sept. 22) in the journal Science.

Finding the cause of chronic fatigue syndrome has long eluded researchers, so when in 2009 a group reported that about two-thirds of patients with the mysterious disease had XMRV, a mouse virus, in their blood, they caused quite a stir.

That study, published in Science, led to hope that a cause of chronic fatigue syndrome had finally been found and that treatments could follow. However, further studies were unable to find the virus in patients' blood.

In May, Science published an "expression of concern," about the 2009 paper, saying that laboratory contamination with the virus may have been to blame for the 2009 findings.

Two of the labs that participated were involved in the original 2009 paper. The labs all looked for XMRV, and didn't know which samples they were testing.

Only two laboratories found any evidence of XMRV in their samples, and these were the labs involved in the 2009 paper. These labs detected XMVR in healthy people just as often as in chronic fatigue syndrome patients. And the two labs didn't agree on which samples were positive for the virus, the new study found.

Furthermore, when a single sample was divided into two or three parts, and each part tested, the results were inconsistent. And even when some samples were "spiked" with XMRV, the labs sometimes didn't detect the virus.

The findings suggest the labs involved with the 2009 paper are not using good tests for XMRV, the new study said. Their methods may not been accurate enough to specifically detect XMRV, or some of their lab samples may be contaminated with XMRV, said Michael Busch, a researcher at the Blood Systems Research Institute in San Francisco, who co-authored the new findings.

"The reliable tests are showing no evidence of infection in humans," Busch told MyHealthNewsDaily.

The new study is another piece of evidence that that "there's a serious problem with the original analysis that indicated there was a connection" between XMRV and chronic fatigue syndrome, said Mary Ann Fletcher, a professor at the University of Miami Miller School of Medicine, who has studied possible causes of chronic fatigue syndrome.

But Fletcher said the XMRV controversy is "not going to hurt the field of chronic fatigue syndrome research."

"This is the perfect example of the scientific method," in which a hypothesis is tested, a proposal is made, and other scientists try to replicate the results, Fletcher said.

In explaining why they are standing by their conclusion that XMRV and chronic fatigue syndrome are linked, the authors of the 2009 study claim that XMRV could be elsewhere in patients' tissues besides the blood.

The new study does not rule out this possibility, Busch acknowledged. "But original data were based on blood samples," and so any suggestion that XMRV is somewhere else would be speculating beyond the evidence shown in the 2009 paper, Busch said.

Pass it on: A 2009 finding of a link between chronic fatigue syndrome and the virus XMRV has been partly retracted.