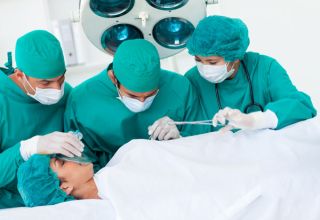 Children who receive anesthesia several times for surgery before age 2 may be at increased risk of developing learning disorders, a new study suggests.

Among kids enrolled in the study, those with multiple exposures to anesthesia at a young age were two times more likely to develop a learning disorder by age 19 than those who weren't exposed to anesthesia, the study found. A single exposure did not increase the risk.

The results held even after the researchers accounted for other health conditions that might influence the development of learning problems.

The question of whether anesthesia may affect brain development is hotly debated. Animal studies show exposure to anesthesia drugs can cause brain cells to die, leading to learning and behavioral impairments, said study researcher Dr. Randall Flick, an anesthesiologist and pediatrician at the Mayo Clinic in Rochester, Minn.

However, proving these drugs cause problems in people has been difficult. Previous studies that have linked anesthesia exposure to learning difficulties have suffered from poor design and imprecise measurements, Flick said.

The new study clarifies some of these problems, and "definitely raises some concern that these drugs we are using may be toxic to children," said Dr. Ken Solt, an anesthesiologist at Massachusetts General Hospital in Boston, who was not involved in the study.

However, much uncertainty still exists. The new work has problems of its own, including the fact that the anesthesia drugs given to kids in this study are no longer used in the United States. And there's the possibility that the increased risk is due to the surgery itself, and not to the anesthesia, Solt said.

Doctors are working on further studies in the hopes of addressing the issue more clearly.

Flick and colleagues studied data from more than 5,300 children born between 1976 and 1982 in Rochester, Minn. Of these, 350 underwent surgery that required anesthesia before the age of 2. These cases were compared to a control group of kids who were not exposed to anesthesia but were similar in terms of age, birth weight and mother's education (all factors known to influence learning disorders).

School records were used to determine whether the kids had learning disorders.

Among those who'd been put under anesthesia multiple times, 36.6 percent developed a learning disorder, compared with 23.6 percen tof kids with a single exposure and 21.3 percent with no exposure.

No changes should be made to the way doctors practice medicine because of this study, said Dr. Lena Sun, a professor of anesthesiology and pediatrics at Columbia University in New York City.

"Children who need surgery should definitely have surgery," Sun said. However, doctors should be "doubly sure that this is something the child needs," she said.

Sun is conducting a long-term study to figure out of anesthesia poses risks to kids. Her study will enroll children who have had surgery that required anesthesia and follow them forward in time to see if learning disorders develop. The study will rigorously assess learning disorders, and try to tie deficits in learning to particular area of the brain, she said.

Pass it on: Anesthesia drugs may pose risks to children, but their true effect on kids' brains is far from certain.