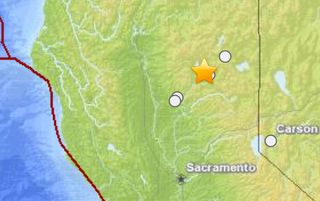 An earthquake of preliminary magnitude 5.7 struck Northern California yesterday (May 23), according to the U.S. Geological Survey (USGS).

There was strong shaking around Susanville, according to the USGS. Early damage reports posted on Twitter included broken bottles and glasses and pictures knocked off walls. The earthquake was felt throughout Northern California in Sacramento, Lake Tahoe and San Francisco and was also felt in Reno, Nev., the USGS reports.