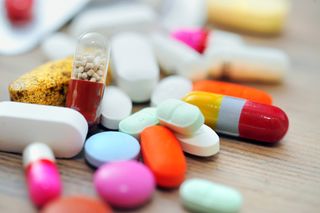 Most bacteria are harmless, even helpful; you wouldn’t hesitate to invite one into your home or digestive tract. In fact, several kinds already live there, symbiotically helping you digest food, destroying disease-causing cells and providing your body with the vitamins it requires.

Sometimes, though, you get a rough customer, something like Streptococcus, Staphylococcus or E. coli. It drops by uninvited, stirs things up and leaves you a feverish, swollen wreck. Whether it’s a boil, a bladder infection or a case of the clap, antibiotics such as amoxicillin are the weapons of choice for slowing or killing such bothersome bacteria. (Viral infections, which include colds, influenza or mononucleosis, are another matter; they do not respond to antibiotics so stop pestering your doctor to prescribe some, stop.)

Upon handing us our little white bag of healing, pharmacists traditionally instruct us to finish the entire 10-day prescription, even if our symptoms subside. Not doing so could mean a relapse or, in some cases, lead to more serious health consequences. Strep infections, for example, can cause heart problems if not properly treated.

But why 10 days? Why not seven or nine, or a nice round two weeks?

Simply put, 7 – 10 days is the “Goldilocks number”: It’s not so brief a span that the bacterial infection will shake it off, but it’s also not long enough to cause an adverse reaction. [Is a Potential Cure for Cancer Being Ignored?]

As a matter of general public health, doctors try to limit prescribing antibiotics to those cases that absolutely require them, lest harmful microbes adapt to resist or overcome the medications. With this in mind, some scientists have argued that 7 – 10 days is too long; in fact, one study published in the June 10, 2006, issue of BMJ, a British medical journal, suggested that some kinds of pneumonia might succumb to a mere three-day course of drugs.

A scientific research review conducted in 2006 on behalf of the U.S. Centers for Disease Control and Prevention determined that the ideal prescription length varies from illness to illness. A 10-day prescription might be appropriate for strep throat, but a simple urinary tract infection can be conquered in a briefer period, assuming the doctor prescribes the correct antibiotic.

The bottom line? When it comes to antibiotics, there’s no arbitrary universal rule. If it seems like doctors always prescribe 10 day runs, it’s probably because that’s the recommended dose for several commonly occurring bacterial infections.