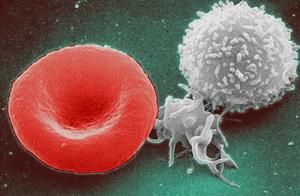 Journeying through the human body used to exist only in Hollywood fantasies think Fantastic Voyage or Innerspace. Instead of injecting miniaturized humans piloting equally tiny submarines into an unsuspecting person, however, real-life scientists send in specially designed microscopic capsules (nanoparticles) in order to target diseased cells or tissues. Omid Farokhzad, associate professor at Harvard Medical School, and colleagues are developing such nanoparticles packed with cancer-killing drugs to attack tumors while protecting the surrounding healthy tissue. He explains how to send nanoparticles on this journey in just five steps.

Step 1. Get it in bloodThe nanoparticle needs to get into the bloodstream in order to circulate the body and find the cancer. Direct options include injections or intravenous hook ups. Indirect methods get them there through the lungs, skin or mouth.

Step 3. Find the cancerNext, the nanoparticle must find its target site: cancerous cells or tissues. Each cell type in the body has a molecular signature on its surface; cancer cells and normal cells have different signatures. In order to get the nanoparticle to recognize the cancer cell's signature, the particle's surface is decorated with molecules that can locate it and bind to only the tumor.

Step 4. Enter the cellLike the Trojan horse delivering its warriors, the nanoparticle has to get inside the cancer cell before it can deliver its chemotherapy drugs. A cell typically recycles its membrane, pulling in proteins from the surface in order to break them down and make new proteins. The nanoparticle takes advantage of this, binding to proteins on the cell's surface, which the cell pulls in as it recycles itself.

Step 5. Release the drugsOnce inside, the nanoparticle must break open in order for the drugs to come into contact with the cancerous cell. The interior of the cell is more acidic than its surroundings, so one option is to design the nanoparticle to degrade when exposed to a certain pH. Or, time capsules can release the medicine after a specific amount of time.

Not just anyone has what it takes to make a nanoparticle, let alone one that can deliver chemotherapies to individual cells in the body. But, a lot of school can help. Farokhzad has a background in molecular biology, medicine and nanotechnology, and his team members come from the biology, chemistry, physics and engineering fields.

And, if the Hollywood version ever comes true, you'll probably also need a submarine pilot.