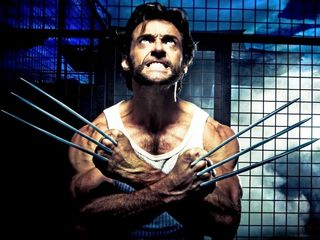 When parents pass their genes down to their children, an average of 60 errors are introduced to the genetic code in the process, according to a new study. Any of those five dozen mutations could be the source of major differences in a person's appearance or behavior as compared to his or her parents and altogether, the mistakes are the driving force of evolution.

Sixty mutations may sound like a lot, but according to the international team of geneticists behind the new research, it is actually fewer than expected. "We had previously estimated that parents would contribute an average of 100 to 200 mistakes to their child," Philip Awadalla, a geneticist at the University of Montreal who co-led the project, said in a press release. "Our genetic study, the first of its kind, shows that actually much fewer mistakes, or mutations, are made."

The researchers analyzed the complete genetic sequences of two families that had previously been collected as part of the 1,000 Genomes Project. They looked for new mutations present in the children's DNA that were absent from their parents' genomes. "Like very small needles in a very large haystack," Awadalla said, there was only one new mutation in every 100 million letters of DNA. [Read: How to Speak Genetics ]

The number of mutations that came from each parent was drastically different in the two different families. In one family, 92 percent of the mutations in the child's genes derived from the father, whereas in the other family, 64 percent came from the mother.

"This was a surprise: many people expected that in all families, most mutations would come from the father, due to the additional number of times that the genome needs to be copied to make a sperm , as opposed to an egg," said Matt Hurles, of the Wellcome Trust Sanger Institute in the U.K. More work must be done to explain the disparity.

The new techniques and algorithms developed for the research, which is detailed in the latest issue of Nature Genetics, can be used in the future to answer additional questions. For example, how does a parent's age affect the number of mutations passed to his or her offspring? How do their various environmental exposures impact mutation rates?

Geneticists will find out by comparing the number of new mutations in the children born to parents of different ages and life experiences.