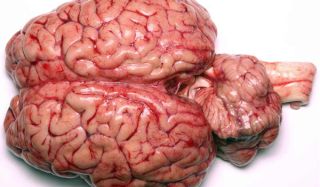 It's a neat idea, and one that has caught the popular imagination. Here's how the story goes: Every seven years (or 10, depending on which story you hear) we become essentially new people, because in that time, every cell in your body has been replaced by a new cell. Don't you feel younger than you were seven years ago?

It is true that individual cells have a finite life span, and when they die off they are replaced with new cells. As The New York Public Library's Science Desk Reference (Stonesong Press, 1995) notes, "There are between 50 and 75 trillion cells in the body.... Each type of cell has its own life span, and when a human dies it may take hours or day before all the cells in the body die." (Forensic investigators take advantage of this vaguely morbid fact when determining the cause and time of death of homicide victims.)

Red blood cells live for about four months, while white blood cells live on average more than a year. Skin cells live about two or three weeks. Colon cells have it rough: They die off after about four days. Sperm cells have a life span of only about three days, while brain cells typically last an entire lifetime (neurons in the cerebral cortex, for example, are not replaced when they die).

There's nothing special or significant about a seven-year cycle, since cells are dying and being replaced all the time. It's not clear where this myth began; perhaps some well-meaning but innumerate person simply added up the all the lifespans of the body's various types of cells and (mistakenly) assumed that all the cells are renewed after seven years.