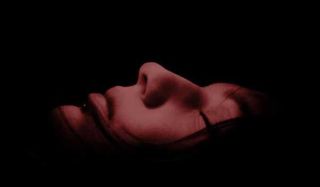 Brain waves can be studied and translated into actions
(Image: © Dreamstime)

In the movie "Inception," the characters enter and manipulate other people's dreams. Today's real scientists can't do that, but by using brain imaging technology, they are getting closer to being able to tell whether a person is doing math calculations, talking, reading, or is frightened in their dreams.

"This imaging technology will continue to get more precise, but I doubt it will ever be as exact as to content as, say, the depiction in 'Inception,'" said Deirdre Barrett, a psychologist at Harvard University.

But scientists are able to see what parts of the brain are activated during various sleep cycles by using electroencephalography (EEG), electrocardiography (EKG) and rapid eye movement technology (REMT) to record and analyze a sleeping person's brain waves, and in some cases, they can interpret what someone is dreaming about.

A peek into your dreams

In one experiment, for example, researchers wired up a sleeper and connected him to a robot that was programmed to act out the motions of the dreamer. For example, the robot used data about the dreamer's eye position to know in which direction to look.

Brain waves can be studied and translated into actions for example, brain imaging technology can tell whether a person is having a nightmare or dreaming about flying, Barrett said.

The mind uses sleep as a time to reboot itself and problem-solve, said Barrett, who discussed her theory at the Association for Psychological Science Convention in May. In one experiment, Barrett had college students focus on a homework problem each night before they went to bed. At the end of a week, about half the students said they had dreamt about the problem and about a quarter had a dream that contained the answer.

In the same way that a person's brain works to solve problems when they are awake, the mind also works at resolving issues when a person is dreaming, according to Barrett. Scientists have already discovered the benefits of getting a good night's sleep from weight-loss to improved heart health but the psychological benefits of dreams and their meanings remain elusive.

Most dreams occur in the rapid eye movement (REM) stage of the sleep cycle, during which parts of the brain rest and brain chemicals , such as neurotransmitters, are replenished, according to the National Center on Sleep Disorders Research (NCSDR). However, dreams do occur in other stages of sleep occasionally, especially in people with severe Post Traumatic Stress Disorder (PTSD) and other problems which deregulate sleep, according to Barrett.

"Bizarre dreams may be equally important and more metaphorical," Barrett said. "Many dreams make more sense and are more helpful if we think about what some of their content might be symbolizing."

So if dreams are designed by nature to be a way for the mind to creatively problem-solve real-life concerns, then what's the purpose of nightmares?

"Nightmares probably evolved to help make us anxious about potential dangers," Barrett said. "Even post-traumatic nightmares, which just re-traumatize us, may have been useful in ancestral times, when a wild animal that had attacked you, or a rival tribe that had invaded might well be likely to come back."

But this evolutionary alarm bell may not be so useful in today's world.

"With the modern dangers of house fires, car crashes, rapes and muggings unlikely to repeat soon for the same victims, this adaptive mechanism doesn't always serve us well," Barrett notes. "However, some nightmares may be calling to your attention something you might do well to worry aboutor something that, once you are more conscious of the concern, you can convince your unconscious to stop wasting time on."

Although Barrett's research shows that many dreams have hidden meanings and messages meant to assist the dreamer in their life outside of dreamland, sometimes strange dreams don't hold any significant meaning.

"Just as with waking thoughts, I certainly think some dreams are minor, silly, repetitivejust like much of our waking thinking is pretty trivial stuff too."