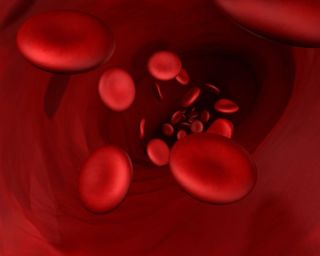 The reasons for multiple blood types is unclear.

Perhaps you know your own blood type, and perhaps you know those types with which you're compatible to give to and receive from. You might also sense that there's more to blood than a mere mark on your medical records.

Blood consists of red and white blood cells, platelets and plasma (the goop in which everything sits). Antigens and various proteins float in the plasma and on red blood cells. An antigen is any substance that causes the immune system to produce antibodies — certain proteins — to fight it off.

The ABO grouping system refers to the genetically-determined individual differences in the presence of two antigens (A and B), which stimulate the production of different antibodies. Type-O blood has both the antibodies produced in type-A and type-B, whereas type-AB has neither.

"Polymorphism" describes a stable coexistence of different genetic forms within a species, and the reason for blood group polymorphism is not known.

In 2004 researchers from University College London proposed that the presence of certain bacteria and intracellular viruses may have put evolutionary pressure on certain antigen-producing genetic mutations. In populations where viruses prevailed, gene O dominated. Those with bacteria-heavy environments found themselves more likely to have A or B type.

This theory does not explain why blood types don't evolve with constantly mutating viruses and bacteria strains. But it is clear that some manner of environmental pressure is a factor in blood group polymorphism.

The major blood groups were not figured out until the early 1900s, and before then blood transfusions sometimes turned mysteriously fatal because the different blood groups are incompatible. In 1940, experiments on Rhesus monkeys revealed an additional antigen factors now known as positive or negative "Rh factors." This led to the nomenclature "O positive" or "AB negative." Since then, hundreds of other less-significant antigen differences have been identified, most of which do not lead to transfusion problems.