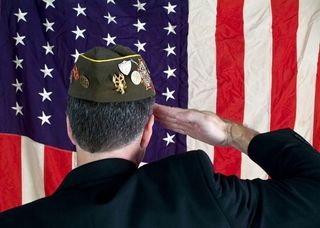 When dark days in U.S. history are recalled, they usually include Pearl Harbor and the September 11 terrorist attacks, both of which killed about 3,000 people.

But the single bloodiest day in American military history fell on Sept. 17, 1862: the date of the Battle of Antietam, near Sharpsburg, Maryland.

Forces of Union General George McClellan and the Confederate troops of General Robert E. Lee met in a daylong pitched battle. By its end, more than 23,000 soldiers had been killed or wounded.

During the entire Civil War (1861-1865), an estimated 750,000 soldiers died, according to a 2011 study in the journal Civil War History. This is almost twice the number of U.S. battle deaths during World War II, when the armed forces were eight times as large.

Editor's note: This story was updated to fix the date of the Battle of Antietam and to update the estimated number of soliders who died during the war.