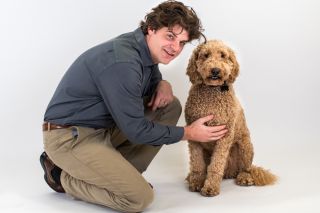 Vanessa Woods is a research scientist and Brian Hare is an associate professor of evolutionary anthropology at Duke University. They are the authors of The Genius of Dogs and the founders of Dognition. They contributed this article to LiveScience’s Expert Voices: Op-Ed & Insights.

When Harvard graduate and Heritage Foundation study co-author Jason Richwine asserted that Hispanic immigrants and their descendants have lower intelligence quotients (IQs) than whites do — and that immigration policy should be based on IQ — much of the ensuing furor focused on whether that was true. No one questioned whether IQ is a reliable, or even useful, measure of intelligence.

However, cognitive scientists now know that the brain is not a coffee mug that is either more- or less-full of intelligence. Instead, there are many different kinds of intelligence, and genius in one area does not necessarily predict genius in another. Helping to illustrate this concept is a highly sophisticated animal that is probably asleep on your sofa: the domestic dog.

Over a century ago, French psychologist Alfred Binet developed the first standardized intelligence test that eventually became the IQ test. Even Binet stressed that his test did not encompass the full range and diversity of intelligence. American psychologist Henry H. Goddard translated Binet’s test, and it quickly became the most widely used standardized test in the United States. [10 Odd Facts About the Brain]

In an eerie precursor to Richwine’s thesis, back in 1912, Goddard stated in his book, “The Kallikak Family: A study in the Heredity of Feeble Mindedness,” that "feeble-mindedness is hereditary and transmitted as surely as any other character … Segregation through colonization seems, in the present state of our knowledge, to be the ideal and perfectly satisfactory method. Sterilization may be accepted as a makeshift, as a help to solve this problem."

Members of the eugenics movement used that philosophy as justification for the forced sterilization of thousands of African-American women on the basis of their IQ.

Today, people are still disproportionately judged on their IQ — and by their performance on other standardized tests. These tests are popular because they predict — on average — scholastic success. However, they do not even come close to measuring a person's full capabilities or entire skill set. For example, no standardized tests assess empathy, creativity or perseverance.

Since co-authoring "The Genius of Dogs," people often ask us whether a dog is smarter than a chimpanzee, or if a border collie is smarter than a poodle. We always say it’s like asking if a hammer is a better tool than a screwdriver — each tool is designed to solve a certain type of problem. The same analogy applies to measuring the intelligence of different species, and even individuals within a species.

When we test for intelligence in animals, instead of pass or fail, we try to discover the strategies each animal uses that make them successful. Instead of the glass being full or empty, there are different kinds of intelligence that are often supported by different neurobiological systems. The question is not which animal is smartest, but which cognitive strategies they rely on, and why. [Doggy Daydreams: Brain Scans Reveal Fido's Thoughts]

The genius of dogs was not immediately obvious, which is why cognitive scientists ignored them for most of the 20th century. After all, how smart can an animal be if it chases its own tail and drinks out of a toilet?

Dogs have evolved a specific kind of intelligence: the ability to flexibly read human gestures. Human infants begin to do this when they are 9 months old — they start paying attention to what adults are trying to communicate when they point. This early communication skill is the building block for all forms of culture, including language. That dogs exhibit a skill thought to be a building block of human culture is remarkable. Even our closest living relatives, chimpanzees and bonobos, can’t read our gestures as well as dogs can.

This extraordinary ability was probably an important catalyst for a relationship that has lasted thousands of years. Dogs are now the most successful large mammal on the planet — besides humans. And yet when you compare dogs to wolves in several problem-solving tasks, dogs look downright vapid. But if dogs see humans solve these same problems, dogs get it right away. It’s when dogs partner with humans that they become extraordinary.

Temple Grandin, professor of animal sciences at Colorado State University, is the author of several bestselling books, including the recent Different…Not Less, and has done more for animal welfare and autism awareness than almost anyone. Grandin is autistic and struggles to read people’s emotions and social cues. Our society would be at a loss without Grandin, and all the other people who do not conform to a single-dimensional idea of intelligence that is now over a century old.

Decades of the best cognitive and neurobiological research do not support the dangerously simplistic view being politicized by the Heritage Foundation. Our brains are not coffee mugs. Instead, there are many different types of intelligence.

Not all types of intelligence correlate, and individuals use a variety of strategies to navigate the world. With this scientifically correct characterization of intelligence, diversity is strength, and welcoming different perspectives should be the priority.