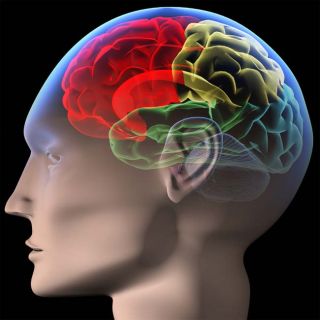 Relative to body weight, humans have the heftiest brains in the animal kingdom.
(Image: © dreamstime.)

For middle-aged and older adults, searching the Internet could be a boost to the brain, a new study suggests.

In recent years, several studies have showed a link between pursuing activities that keep the mind engaged, such as crossword puzzles and memory games, and a lowered risk of cognitive decline later in life.

As the brain ages, a number of structural and functional changes occur, including atrophy, reductions in cell activity, and increases in deposits of amyloid plaques and tau tangles (both associated with Alzheimer's disease), all of which can affect cognitive function.

Keeping your brain active could drive some of these brain chemistry signals in the opposite direction compared to where they go as dementia sets in, and now it looks like surfing the Web could be another way to do that.

The new study, to be detailed in an upcoming issue of the journal American Journal of Geriatric Psychiatry, looked at the brain activity of 24 neurologically normal volunteers between the ages of 55 and 76 as they searched the Internet. Half of the participants had experience surfing the Web, while the others did not.

The researchers used functional magnetic resonance imaging (fMRI) scans to record subtle brain-circuitry changes in the patients as they performed Web searches and read book passages. fMRI scans track the intensity of cell responses in the brain by measuring the level of blood flow through the brain.

All the study participants showed significant brain activity during the book-reading task, specifically in the temporal, parietal and occipital lobes of the brain, which are involved in controlling language, reading, memory and visual abilities.

But Internet searches revealed differences between the two groups. While all the participants showed the same activity as during the book-reading, the Web-savvy group also registered activity in the frontal, temporal and cingulate areas of the brain, whereas those new to the net did not. (These areas of the brain control decision-making and complex reasoning.)

"Our most striking finding was that Internet searching appears to engage a greater extent of neural circuitry that is not activated during reading — but only in those with prior Internet experience," said study leader Gary Small of the Semel Institute for Neuroscience and Human Behavior at UCLA.

Compared with reading, the wealth of choices on the Internet requires that people make decisions about what to click on, which engages important cognitive circuits in the brain.

"A simple, everyday task like searching the Web appears to enhance brain circuitry in older adults, demonstrating that our brains are sensitive and can continue to learn as we grow older," Small said. The work was funded by the Parvin Foundation.

With more time and experience, the group that was new to the Web could eventually show the same brain activation patterns as their more Internet-savvy peers.

The researchers noted that more research must be done to address both the positive and negative ways that new technologies might influence the aging brain.