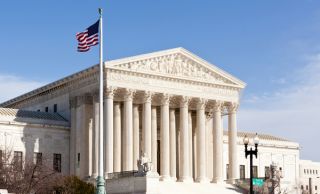 On Tuesday and Wednesday, the Supreme Court will hear two cases dealing with same-sex marriage: Hollingsworth v. Perry, a review of California's Proposition 8, which banned same-sex marriage in the state, and United States v. Windsor, which challenges the Defense of Marriage Act (DOMA), a law preventing the federal government from recognizing same-sex marriages performed by the states.

The outcomes of these cases could change the status of same-sex marriage substantially, or the Court could rule narrowly, altering little in the current marriage landscape. Here are the key facts about the cases and what's behind them.

In May 2008, the California Supreme Court ruled that marriage is a fundamental right under the state's constitution, effectively legalizing same-sex marriage in the state. In November 2008, however, California voters approved Proposition 8, which amended the state constitution to state that only marriage "between a man and a woman is valid or recognized in California." [Same-Sex Marriage Gains Acceptance (Infographic)]

The Supreme Court case Hollingsworth v. Perry is the culmination of a string of legal challenges against Proposition 8. A federal district court judge in San Francisco overturned the proposition in 2010, but supporters appealed to the Ninth Circuit Court of Appeals, which paused same-sex marriages in the state pending the appeal. The Ninth Circuit court then ruled that in approving Proposition 8, California voters had unfairly targeted a minority group and removed a right they once possessed, violating the Equal Protection Cause of the federal Constitution.

Nevertheless, same-sex marriages are still on hold in California, as Prop 8 proponents appeal the case to the Supreme Court, hoping to get the Ninth Circuit Court decision reversed. The justices will hear an hour of oral arguments in the case on Tuesday morning (March 26).

2. The case against DOMA

United States v. Windsor, on the other hand, deals with federal law. In 1996, Congress passed the Defense of Marriage Act, or DOMA, which prevents same-sex married couples from receiving federal benefits, such as the ability to jointly file taxes or collect Social Security survivor's benefits.

The Supreme Court will consider whether denying these benefits violates the Equal Protection clause of the U.S. Constitution. This clause, part of the 14th Amendment, says that no state shall "deny to any person within its jurisdiction the equal protection of the laws." The courts have held that equal protection requirements apply to the federal government as well.

3. The people behind the cases

The "Windsor" in United States v. Windsor is Edith Windsor, who married Thea Spyer in Toronto, where same-sex marriage is legal, in 2007. The two New York residents had been together for 40 years. In 2009, Spyer died. New York recognized the two women's union, but the federal government, because of DOMA, did not. Windsor was thus required to pay more than $363,000 in federal estate taxes on her wife's estate, a payment not required by couples whose marriages are legally recognized by the federal government. [5 Myths About Gay People Debunked]

In Perry v. Hollingsworth, Kristin Perry of California, who was denied a marriage license in 2009 in Alameda County, Calif., is the prosecutor; Dennis Hollingsworth, head of ProtectMarriage.com, a group formed to promote Proposition 8, is the defendant.

In dealing with Proposition 8, the Supreme Court justices have a wide range of options. They could rule that Hollingsworth and his organization don't have "standing" to file a lawsuit challenging earlier decisions about the proposition, because same-sex marriage would not threaten them personally. That would allow same-sex marriage to stand in California without changing policy elsewhere. The justices might also keep their ruling narrow, allowing earlier decisions to overthrow Proposition 8 to stand on the basis that it was a voter initiative that took away a right gay and lesbian citizens in California already had. That ruling would re-open same-sex marriage in California, but not speak to marriage rights in other states.

Or the Court could tackle same-sex marriage broadly with Proposition 8 as its impetus, deciding whether same-sex couples have a fundamental right to marry. A final possibility, urged by the federal government, would be to strike down Proposition 8 based on the fact that California allows same-sex civil unions but not marriage. According to a brief filed by the federal government, this sets up two "separate but equal" institutions, violating Constitutional promises of equal protection. A ruling striking down Proposition 8 on those grounds would affect seven other states that permit same-sex civil unions and ban marriage.

The question of standing, or who has the right to argue a case in front of the Court, comes into play in United States v. Windsor as well. The Obama administration announced in 2011 that it would no longer be defending DOMA in court, believing it to be an unconstitutional law. Republicans in the House of Representatives formed a group called the Bipartisan Legal Advisory Group (BLAG) to step in and defend the law in the administration's stead. The Court will have to determine if BLAG has standing to defend DOMA before hearing other arguments. If the justices decide BLAG doesn't have standing, the same-sex marriage case returns to the lower courts and would likely wind its way back to the Supreme Court eventually.

If the Court decides not to dismiss the case, they could uphold DOMA, continuing the status quo of state marriages remaining unrecognized federally. If the law is struck down, the Court could write the decision narrowly, opening federal benefits to married gay couples but not broadly addressing the question of marriage as a fundamental right. Or the justices could address whether prohibiting same-sex marriage violates the Equal Protection Clause, recognizing a constitution right to same-sex marriage.

The justice's rulings are expected in late June.