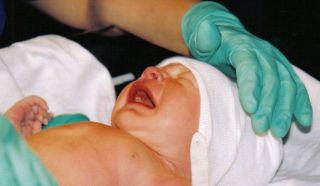 A new study suggesting that circumcision can decrease sexual pleasure is drawing the fire of scientists in the field, who say the findings are flawed.

The study, published in February in the British Journal of Urology International, found that circumcised men reported less sexual sensitivity than their uncut brethren.

But several experts say the study has too many weaknesses to draw any conclusions from it.

"The study is pretty flawed," said Douglas Diekema, a pediatrics professor at the University of Washington, who was part of the American Academy of Pediatrics 2012 task force on circumcision. "I read the conclusion and then I read the study, and I said, 'Wow, they went overboard in what they're concluding.'"

The study used a biased sample population, didn't measure sensitivity changes before and after circumcision, and found only a tiny difference between the two groups, which is clinically meaningless, making it impossible to conclude from the results that circumcision reduces sexual sensitivity, several experts said. [5 Things You Didn't Know About Circumcision]

Whether parents should circumcise their baby boys is a topic of passionate debate. Studies show circumcision reduces HIV transmission in high-prevalence areas, such as Africa, and reduces urinary tract infection and penile cancer incidence. Having the procedure done in infants is less complicated than circumcising adults.

But anti-circumcision activists (sometimes referred to as intactivists) denounce it as performing a medically unnecessary procedure on babies who are unable to give consent. Some also argue that the operation itself is painful and permanently reduces sexual sensitivity.

The American Academy of Pediatrics has concluded that circumcision's benefits outweigh its risks and that no well-done studies find a reduction of sensitivity. Two large studies of a random sample of men in Africa found no difference in sexual pleasure after circumcision between those who'd had been snipped and those who hadn't, Michael Brady, chairman of the pediatrics department at Nationwide Children's Hospital in Ohio, who worked on those trials, wrote in an email.

And a January study of about 10,000 German men found no difference in erectile function based on circumcision status.

The current study recruited 1,059 uncircumcised and 310 circumcised men from Belgium through leaflets and advertising at various locations such as railway stations. They then invited the men to answer about 40 questions rating sensitivity, pain and unusual sensations at different locations on their penis on a scale of 1 to 5. The survey typically took two hours to complete. [10 Odd Facts About the Male Body]

Uncircumcised men rated their glans (bulbous tip of penis) and foreskin, which covers the glans when the penis is flaccid, as slightly more sensitive and likely to bring them to orgasm than circumcised men. (The foreskin is what gets removed during circumcision.)

Circumcised men reported a slight increase in pain or unusual sensation on the lower side of the penis, said study co-author Piet Hoebeke, a pediatric urologist at Ghent University Hospital in Belgium.

But the sample population may be problematic, Diekema said. Belgian men typically only get circumcised for medical reasons, meaning circumcised respondents may have problems unrelated to circumcision.

In addition, the differences in sexual sensitivity only appeared for some parts of the penis and were so minuscule — at most a few tenths and sometimes just three-hundredths of a point on a 5-point scale — that they probably have no clinical relevance, several researchers said.

But study co-author Justine Schober, a pediatric urologist at Rockefeller University in New York, who created the rating scale, said the current study has much more ability to detect differences in genital sensitivity than past studies, which simply asked people yes or no questions about their sexual function.

"If you have very carefully constructed questions then you get very detailed information," Schober told LiveScience.

But the very detailed questions actually make the results less, not more, sound, said Brian Morris, a biologist from the University of Sydney, who was not involved in the study. When people ask dozens of questions, statistics predict that you will get some significant differences between groups just by chance, Morris said.