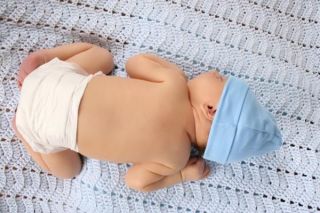 The health benefits of circumcision outweigh the procedure's risks, and the operation should be covered by insurance, according to new recommendations from an influential group of doctors.

The recommendations, released today (Aug. 27) by the American Academy of Pediatrics (AAP), say the procedure's benefits include reducing the risks of HIV infection, urinary tract infection and penile cancer.

But the AAP also says the benefits of circumcision are not weighty enough to broadly recommend circumcision for all male infants.

Instead, "parents ultimately should decide whether circumcision is in the best interests of their male child," the AAP says. "They will need to weigh medical information in the context of their own religious, ethical, and cultural beliefs and practices."

The new advice is a shift from the Academy's previous policy on circumcision, released in 1999. Those recommendations acknowledged the potential health benefits of circumcision, but did not did make clear whether the benefits outweighed the risks, and made no mention of insurance.

The previous policy may have influenced the percentage of infants circumcised in the United States — in recent years, it has declined — as well as insurance reimbursement for the procedure, according to the Centers for Disease Control and Prevention.

Although nearly 80 percent of U.S. boys born in the 1970s and 1980s were circumcised, that number decreased to 62.5 percent in 1999, and 54.7 percent in 2010, according to a recent study. And in recent years, Medicaid policies in 18 states have stopped covering routine infant circumcision.

The new statement "demonstrates a consensus that there are clear medical benefits to circumcision," said Dr. Marty Ellington, Jr., chairman of the Department of Pediatrics at Lenox Hill Hospital in New York City, who was not involved in writing the policy.

"Hopefully the trend towards state Medicaid programs not covering circumcision will be reversed," Ellington said.

For the new policy statement, the AAP reviewed studies on circumcision conducted between 1995 and 2010.

Studies from Africa showed that circumcision reduces the risk of acquiring HIV by 40 to 60 percent in men, the AAP says. There is also good evidence to suggest circumcision lowers the risk of human papillomavirus (HPV) infection, and infection with some strains of genital herpes.

Circumcision may prevent transmission of some sexually transmitted diseases because the region beneath the foreskin is "thought to 'trap' pathogens and bodily secretions, and favor their survival," the AAP says. In addition, the foreskin itself contains a higher proportion of a type of skin cell that is thought to ease the entry of HIV into the body.

Acute complications of circumcision, including infection and bleeding, are rare, and occur in about 1 in every 500 circumcisions, the AAP says.

Circumcision does not appear to affect male sexual function or sexual sensitivity, the AAP says.

"It is important that clinicians routinely inform parents of the health benefits and risks of male newborn circumcision in an unbiased and accurate manner," the policy statement says.

Circumcision should only be performed on healthy infants by trained practitioners, and using effective pain management, the AAP says.

A study published earlier this week suggested a significant decline in male circumcision rates could lead to millions of extra dollars yearly in health care costs, mainly due to increased infections.

Pass it on: The benefits of circumcision outweigh the risks, but are not great enough to recommend the procedure for all infants, doctors say.