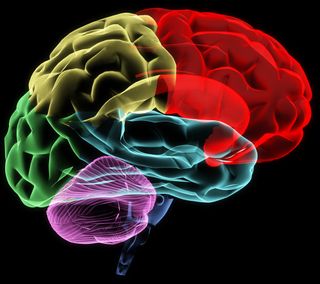 Is there really a part of the brain "where evil lurks"?
(Image: © YAKOBCHUK VASYL | Shutterstock)

Evil is alive and is lurking in the brains of certain individuals, if you believe news reports linked to a respected German neurologist. The news of the scientist's discovery, however, has attracted some naysayers — including the neurologist himself.

According to The Independent, Dr. Gerhard Roth of the University of Bremen's Brain Research Institute reportedly discovered "the region of the brain where evil is formed and where it lurks" by performing brain scans on violent convicted felons.

"We showed these people short films and measured their brain waves," Roth was quoted as saying in the Daily Mail. "Whenever there were brutal and squalid scenes, the subjects showed no emotions. In the areas of the brain where we create compassion and sorrow, nothing happened."

Roth, however, denies finding such an evil spot. "The report initially released by the German ... newspaper BILD was based on deep misunderstandings of what I had said in an interview," Roth told LiveScience in an email.

The Daily Mail also reported Roth's scans show a "dark mass" on the brain's "central lobe" where empathy should be evident, but critics were quick to point out that science has yet to discover anything like a "central lobe" in the human brain. "There is no such thing as the 'central lobe,'" The Neurocritic reports. "This is truly a laughable attempt at science journalism, and rather damaging to Dr. Roth's reputation."

There are four different lobes on each side of the human brain, according to the Mayo Clinic: the frontal lobe, the parietal lobe, the occipital lobe and the temporal lobe.

The University of Bremen also released a statement clarifying what was reported in some news accounts: "The news propagated by the German newspaper BILD-Zeitung that the neurobiologist Prof. Roth from Bremen University identified a 'central lobe' of the human brain as seat of the evil is wrong and due to a deep misunderstanding of statements in an interview. Such a lobe does not exist at all."

Roth is, however, engaged in research into the possible link between brain development and behavior.

"Professor Roth and his collaborators are presently investigating the effect of early psychotraumatization on the brain as one important factor for the development of later criminal behavior," the university statement reads. "Different types of criminal behavior can be related to functional disturbances of different centers of the limbic system including the lower frontal lobe (orbitofrontal cortex) of the brain."

Past research has suggested that the brains of some types of criminals are different from those of non-criminals, with one study of 21 people with antisocial personality disorder — a condition that characterizes many convicted criminals, according to the Mayo Clinic — showing the antisocial individuals had a reduction in parts of the brain's frontal lobe. For instance, they had an 18-percent reduction in the volume of the brain's middle frontal gyrus, and a 9-percent reduction in the volume of the orbital frontal gyrus compared with mentally healthy individuals.

Another study, detailed in 2009 in the journal Archives of General Psychiatry, found that psychopaths showed a thinning of the outer layer of the brain's amygdala and an 18-percent volume reduction in that brain region, as compared with non-psychopaths.