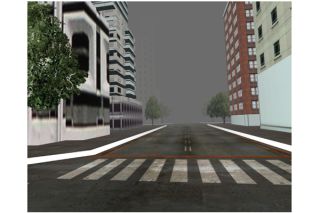 It's a bird! It's a plane! It's a superhero flying in a virtual sky! Scientists now find that seeing superpowers in a virtual-reality game may lead people to act more virtuously in real life.

Virtual-reality technology uses video displays and other gear to immerse people in realistic digital environments. Virtual reality can lead to mind-bending experiences, such as making users think they have swapped bodies with someone else. The effects of virtual reality can endure long after these experiences, which psychologists hope can help in therapies for ailments such as phobias and post-traumatic stress disorder.

To see if embodying a helpful role in virtual reality made people more helpful afterward, scientists had 60 volunteers don virtual reality helmets and engage in scenarios where they were either given the power of flight or rode as passengers in a helicopter. They were also assigned one of two tasks — they had to tour a virtual city or help find a missing diabetic child in need of insulin in that city.

Regardless of which task the volunteers performed, those who were given the power to fly like Superman in virtual reality were more helpful afterward in the real world compared with participants who were passengers in the virtual helicopter. Specifically, volunteers who had virtual superpowers moved about three times faster on average than virtual helicopter passengers did to help experimenters pick up spilled pens after their virtual experiences — in fact, the six volunteers who did not help at all had all ridden in the virtual helicopter. [Hero Helpers: 10 Best Sidekicks in Comic Book History]

"The experience of super-flight in and of itself appears to be the salient variable that led people to help outside of virtual reality," said researcher Robin Rosenberg, a clinical psychologist in private practice in Stanford, Calif., and author of "Superhero Origins: What Makes Superheroes Tick and Why We Care" (CreateSpace Independent Publishing Platform, 2013).

The investigators suggest that embodying a superpower in virtual reality may prepare players to think like superheroes so that they behave better later. Another possibility is that participants given the virtual superpower of flight may have felt more active than those who passively sat in the helicopter, and this mindset may have influenced their subsequent behavior.

The scientists said they shared their findings with Paul Levitz, a comic book editor and writer and former DC Comics publisher and president. Levitz noted that people familiar with superhero tropes implicitly know that after characters discover superpowers, they have to decide to use them for personal gain or for the greater good. Perhaps that implicit knowledge influenced this study, leading super-flight volunteers to decide unconsciously and perhaps automatically to use their power for good.

This research could potentially be applied to creating games that could help promote real-life helpful behavior in both children and adults. "As console gaming devices increasingly bring elements of virtual reality info people's homes, such experiences may have a significant effect on real-world behavior and the potential to do good," Rosenberg told LiveScience.

Future studies might investigate whether embodying a specific superhero such as Superman might strengthen this effect. Also, "do these results generalize to regular computer experiences — for example, computer games — or is virtual reality a key ingredient?" Rosenberg asked. "Would more time flying in virtual reality lead to a greater effect?" And "would giving people different enhanced abilities or powers, such as super strength, heat or laser vision, lead to the same effect?"

Rosenberg and colleagues Shawnee Baughman and Jeremy Bailenson detailed their findings online today (Jan. 30) in the journal PLOS ONE.