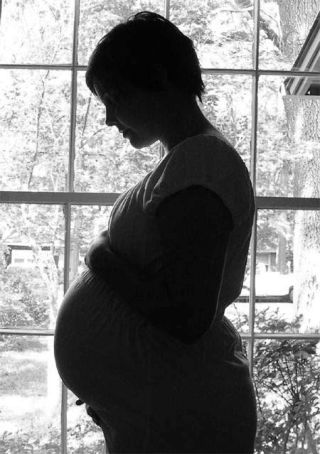 Morning sickness is not normal, so it must have a reason. Researchers now think it's Nature's way of protecting the embryo or fetus by discouraging mothers from ingesting potentially harmful chemicals.
(Image: © stock.xchng)

As irritating as morning sickness may be for pregnant women, it may protect embryos.

Doctors have long known that morning sickness — the nausea and vomiting usually experienced in early pregnancy — is actually a good sign of a healthy pregnancy, despite the discomfort it brings.

However, scientists have debated whether morning sickness actually helps pregnancies succeed. It could just be an annoying byproduct of a healthy pregnancy, as pregnant women and their embryos carry out a tug of war over the body's resources.

To see which explanation might be right, scientists analyzed medical research to see when morning sickness does and does not occur.

Instead, morning sickness is usually triggered in specific circumstances — in response to:

This all suggests morning sickness serves a useful function, evolving to protect mothers and embryos from things that may be dangerous, the researchers figure.

Also, in women who experience morning sickness, symptoms peak precisely when embryonic organ development is most susceptible to chemical disruption, between week six and week 18 of pregnancy.

The reason that humans alone have morning sickness may be due to our extraordinarily broad diet in comparison to other mammals, including other primates, the scientists conjectured. Instead of evolving a range of molecules to defend against toxins, humans just evolved a way to keep away from dangerous chemicals.

A better understanding of morning sickness could have important implications for how doctors handle pregnancy.

"To say that morning sickness is uncomfortable is a real understatement, and a lot of people are looking at ways to deal with it. But if nausea and vomiting truly serve a useful function, then one has to look more carefully at strategies for dealing with these symptoms," Flaxman told LiveScience.

Despite decades of medical research and the widespread nature of morning sickness, little remains known about how it works, as it is of course unethical to experiment on pregnant women, and no other animals are known to experience it.

"We're really interested in a more exhaustive analysis to see if morning sickness really does only occur in human beings, or whether there are other animals out there," Flaxman said.

Flaxman and his colleague Paul Sherman at Cornell University detailed their findings in the July issue of the journal American Naturalist.